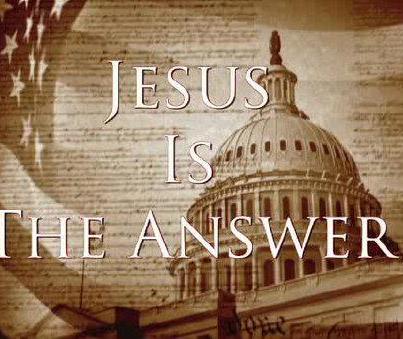 The book BullyVille presents a real-life event and also what happens in many parts of the United States. When it comes to what it means to be an American, we would start with mature examples, but in this book, we are dealing with kids. Early on, kids do not focus on equality, justice, and the golden rule, but we can see how some families respected or came together during 9/11 to stay strong like how one of the American values is unity. In school, the inner literacy systems don’t affect much of the actions happening to expect for those who honor and obey it, but without that literacy that we learn in school, we would not be able to communicate when needed like in emergencies. Literature helps of appreciate cultures, beliefs, and understand humanity explained, “All literature, whether it be poems, essays, novels, or short stories, helps us address human nature and conditions which affect all people. These may be the need for growth, doubts, and fears of success and failure, the need for friends and family, the goodness of compassion and empathy, trust, or the realization of imperfection”(Sahr, The Odyssey Online). After 9/11 the values of American strengthened in the field of foreign protection with an increase in security in airports evidently shown with the creation of the TSA, “The TSA has slowed the process of getting on a plane, requiring all passengers to pass through security checkpoints before going to the gate”(Seaney, FareCompare). We see that the head of Bulleywell honored other family’s death which is a sign of American justice. In this quote, Bart celebrates Thanksgiving which is an American Holiday tradition/culture that is celebrated all over the United States to symbolize nature’s productivity, “I loved the feeling of walking into Gran’s house on Thanksgiving. It was always warm, too warm, and it always smelled awesome. It smelled like turkey of course, but mixed with the other dishes: paste and meatballs, eggplant parmesan, fried calamari — all sorts of delicious food that Gran could never get through her head weren’t part of your typical basic American Thanksgiving”(Prose 134). 9/11 definitely influenced how we think about foreign security when it comes to terrorism. Bart changed when he went to Bailywell and not for the better, in American values, change is one of the innovative things to do, but sometimes it is not for the better. One of the American values, equality is present in many parts of the United States which is money, but money doesn’t solve education issues or how smart you are like in this quote, “That was back when not-so-great grades were problems, back before we knew what problems were. She’d tell Dad that if only I went to someplace like Baileywell if only we could afford to send me there, I’d be interested in school, engaged(her word). Harvard would be practically begging me to go there”(Prose 36). It is important to get good grades first because money is usually not a problem if you can get perfect grades, but the mom thinks its just stories people make up. Many colleges offer different amounts of academic scholarship money based on your achievements, “However, accomplished students, even if they are not at elite status, can still earn partial-tuition scholarships or private scholarships”(Eneriz, Investopedia). Having said, how would the United States prevent a terrorist attack that isn’t specifically enforced? This book presented many parts that lack American Values shown by characters inside the book, but also at the same time included experiences and traditions that make up American culture.

Sahr, Breanna. “7 Reasons Why Literature Is So Important.” The Odyssey Online, The Odyssey

I am interested in your post because of the title of the book you reviewed, and the connections you made to the real world.

Thanks for your project. I look forward to seeing what you write next because your word choice and style is interesting.