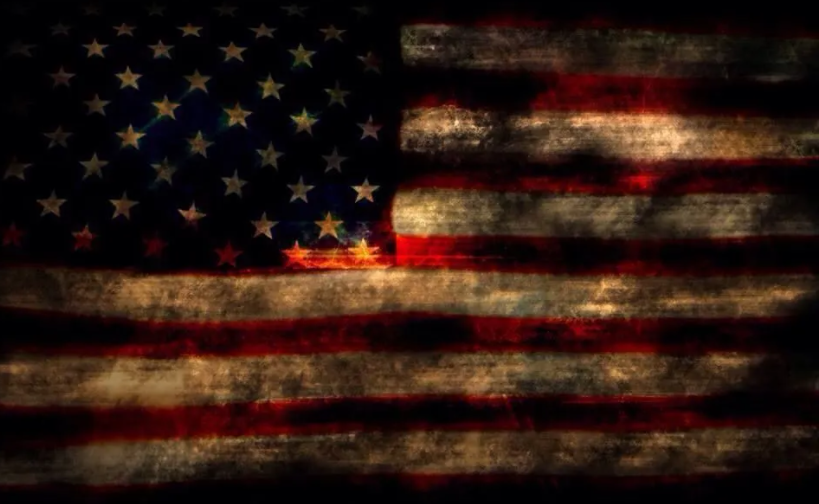 America means different things to different people, it could be a sign of hope, of freedom, or of a country that doesn’t accept you, causing inequality. All of these descriptions are of America, and each one can be true. Many people see america as the shining light at the end of the tunnel, the end to life’s struggles, but as we delve deeper into the concept of america, we see different peoples perspectives, and other interpretations of america, some better than others. Langston Hughes, a famous writer, and poet wrote his ideas of America in a poem addressed as “Let America be America Again,” which became very popular because of it’s in-depth writing, and incredible rhetorical strategies. One of my favorite quotes is early in the poem, (Second Stanza).

Let america be the dream the dreamers dreamed-

Let it be the great strong land of love

That any man be crushed by one above.

This very colorful section that Langston Hughes wrote really delves into some of the ideas of what America is perceived as, a country that is equal in opportunity, and caring to all, really covering all the bases of what America is depicted as. But Langston Hughes switches between opinions with ease, and so after he says this he goes on to say that America really isn’t all caring, or equal for all, discussing wealth gaps, and how America was built on the back of others. This idea of America portraying one thing, while also concealing up other aspects shows up in most of the other articles, and dialogs we cover. To sum this together, America can mean a lot of things, especially to different people. So while Langston Hughes’ words may ring true for you and me, it may oppose the beliefs of immigrants who see America as a hope; it is important to keep an open mind for all perspectives.

Another author who expresses their opinion of America in a colorful way is named Ibarm Kendi, writing this article after the attack on the capital over a year ago. Ibram brings evidence from that recent coup, but also the well known song “This is America,” and other relevant data about America as a country in his argument about america. Throughout Ibram’s article he continues to express that America may be perceived as one of the leading countries in the world, but then retaliates with international data proving otherwise. Quoting from the end of this article, prior to all of Kendi’s opinions, they share one last argument that really swayed me, stating how “Economic inequality and mass poverty– instead of being seen as the inevitable results of racial capitalism– are dismissed as glitches in the economy. … Thus, the carnage continues. Sexsm, racism, homophobia, and anti-semitism– instead of being see as systemic and pervasuce– are dismissed.” This segment of the text really emphasizes the problems that America possesses– racism, and sexism, that are blankly dismissed as caused by America’s scapegoats. As we see in the separate articles that these authors wrote, both Langston Hughes and Kendi Ibram both agree that America has many good qualities, and many masked characteristics that are less desired in a country. This supports the idea that America is perceived differently to different people, but overall showing its better features and concealing worse qualities.

We have discussed how America is defined by its good aspects, its equality and Justice, and America is less defined by its poor qualities, but all of which are numerous. There is a clip for the TV series “The Newsroom” that sums up America’s features beautifully, “The first step in solving any problem is recognizing there is one— America is not the greatest country in the world anymore.” This is declared following a rant on how America has so many bad qualities and has a history full of problems. This quick statement really expresses a lot of what this blog post is saying; america might be considered the best country by many people around the world, but America has so many deeply rooted problems that make it worse of a country. So as both Kendi Ibramand the this TV show say, America is most certainly not the leading country, because we even struggle to acknowledge that fact, proving we are in denial.

In my opinion, America isn’t the stunning star it strives to be; we do have high wages in public education, along with a lot of other aspects that are beneficial, America also has a lot of problems that are shrouded. It is important to realize I am biased. Being a high schooler living in Berkeley California, my perceptions of America have been warped into a less desirable place. People’s perspective can be changed by any current conditions in one’s life. One problem I realized with interpreting people’s perspectives, especially when reading these highly opinionated messages, is that everyone is inherently biased, making it practically impossible to construct a solid answer. So I would argue that America it’s more of a Construction than any given answer. There are good things that America possesses, but there are also unhealthy problems, and all of these aspects make America what it is, so you must include all of them when creating a description of america. Because when determining something, it is necessary to assess both good, and bad in order to be as unbiased as possible. So when we read “American literature,” it is key to keep in mind the author’s history, and their opinions; such as in THUG written by an African-American author who grew up to be oppressed, which is different from the perspective of a Native American, even when they both staged in similar environments. I like to think of American literature as diverse and unique, containing hundreds of different perspectives and opinions, making it a diverse range of literature. end to end this blog post, remember that not everything in America is inadequate, there is a mix, and when interpreting something, such as the idea of america, it is necessary to keep all perspectives in mind in order to construct a full speculation.

Sorkin, Aaron. A clip from “The Newsroom.” Bonus Source 6 in “What ‘America’ Means” packet. Speaker was actor Will McAvoy.