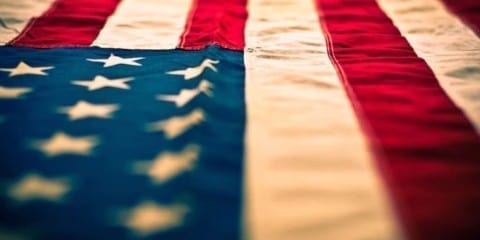 After reading the book In His Own Words, an idea that I thought about is how America is  focused around the idea of our future and what is has in store for us. Americans love to test the new water and push ourselves to be the most successful people we can be. Some people believe, “[t]he true test of the American ideal is whether we’re able to recognize our failings and then rise together to meet the challenges of our time” (Obama p. 56). No one can win every battle but we can learn from our mistakes in history and not make those same mistakes again. America is one big melting pot of people from around the world that brings in culture, religion and new languages that brings new doors of opportunities to be opened.The U.S. community comes together in times of tragedy and chaos no matter skin color or background, together we share so much knowledge and are able to work with each other to solve big issues.

Immigrants come to the United States in pursuit of the American dream they believe they accomplish when coming here. A dream to self improve, that is thought to be done in the land of the free, the United States of America. Dreaming is taught from a young age in classrooms around the country and is apart of our culture. Found in pop songs, celebrity quotes or even poems can be inspiring us daily to do our best in everything we do and keep pushing through the hardest times of life. “For example, majorities of Americans believe that hard work will lead to success” (Cooper para. 4). We try to set big goals for the country, to improve to the best of our ability and make life a staircase to success. I believe that Americans.

Many characteristics go into dreaming and having the motivation to pursue your future to make it what you want. Studies show, “lower-income Americans express less optimism about the country’s future than do middle- and upper-income Americans” (Jones para. 10). Americans that are economically less fortunate often feel that they are at rock bottom and there is no way of coming up from it because they feel that they are being pinned down by bills. Politics also have a huge role in whether Americans believe they will be successful because they feel a party of people hold them back from accomplishing as much as they could or wish.

Obama, Barack, and Lisa Rogak. Barack Obama in His Own Words. Running Press, 2009.