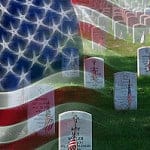 A book I’ve recently read addresses many of the essential questions Americans ask. The questions include What does it mean to be an American?, What are American Values?, What is American Creed?, and many more. The book explains american beliefs, traditions, values, society, and community. Belief in God is mentioned throughout the book but also the mention of Noah’s Ark. There were also scenes in the book were a church service took place. After the service the people also sang amazing Grace which is a popular song sang by many.  American traditions are also shown in the text for example football is explained and talked lot throughout the book. Everyone seems too love the game of football. Another american tradition mentioned in the text is Christmas which is celebrated by most american’s around the world. Shoes, Music, a football, pets and a statue of The Virgin Mary are only a few items valued by citizens in the book. These examples from the book show what we as Americans value. Society is explained in ways ours can relate to the book such as gangs, classes, wealth, and race. In the reading, the more money you have the more supplies you have to survive. Gang related incidents have reached a high level which adds on stress to everyone. Plus gangs are claiming territory within the area and stealing things from the people. People are pretty cautious about their surroundings and who they talk too. In the society of New Orleans (where the book takes place) it seems there is racial issues within the community. Many citizens are African American and the whites separate themselves from them. Even preachers and soldiers seem to not have a like in African Americans, they also use slang language toward the blacks.

Another source I found that answers the essential questions is an article called American Culture: Traditions and Customs of the United States. In this piece of writing the writer explains the different types of cultures, languages and religions we share in the United States. It also talks about American traditions such as holidays like Christmas and Labor Day which many american celebrate. The article even includes examples of american sports (football and baseball), american food (hamburgers and hotdogs), and even american art and clothing styles.

One last piece of writing I found connecting to the essential questions is a poem written by Langston Hughes called Let America Be America Again. Langston explains equality among the people and also the freedoms and right we have as americans. The other important thing he mentions in his poem is the American Dream and what it’s about. In his poem the American Dream consist of love, liberty, freedom, land, equality, and a better life.