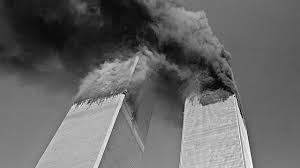 In the article, “Recalling 9/11, Twenty Years Later” (McGraw Incline), I read that fourteen people from al-Qaeda laid hold of four explorer jets on a Tuesday morning when Americans were simply with respect to their normal day. They then intentionally crushed two planes into the twin apexes of the World Trade People group New York City making the constructions fall. The third plane hammered at the Pentagon in Washington, D.C., and the fourth plane crushed in a field in Pennsylvania. All things considered, these attacks caused 3,000 passings, and the Brier association began the Contention on Dread in Iraq and Afghanistan.

0
Do you think this is something everyone should remember until this day?x

I acknowledge that 9/11 should be the primary day in American History by and large because it transformed into an eminent day to remember the disastrous events that happened. I also acknowledge that without the mental assailant attack occurring, America wouldn’t be what it is by and by 20 years afterward so I think it was extraordinary so Americans would recognize what cynicism can bring into the piece of many people’s minds yet I don’t empower fearmonger attacks generally. I really wished I was brought into the world during that time since I then would have a full perception of why it makes this tremendous impact on various Americans. Considering this, 9/11 should reliably be reviewed all through each edge of the world and later on.