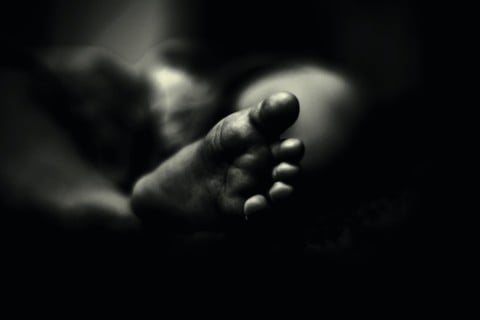 Though not commonly known, abortion has been a common occurence throughout the span of time. For example, in the time of Jesus, it is stated in the Bible that if a woman had relations with a man before having married them, they would be stoned to death. In this situation, not only was the mother’s life at risk, but her child’s as well. Abortion has followed the human race through time whether it is noticed or not. According to James Mohr’s book Abortion in America: the Origins and Evolution of National Policy, “For centuries prior to 1800 the key to the common law’s attitude toward abortion had been a phenomenon associated with normal gestation known as quickening”(Mohr). Since America’s beginning, there can be found traces of abortion. However, in the 1800s and prior it was greatly looked down upon to have this procedure done. In these early times, many women mistakenly had abortions due to suspicion that they had a tumor or some other sickness. In another section of his book Mohr says, “The upshot was that the American women in the 1800s were legally free to attempt to terminate a condition that might turn out to have been a pregnancy until the existence of that pregnancy was incontrovertibly confirmed by the perception of fetal movement”(Mohr). Due to this fact, many women were free to have an easily accessible abortion. On the other hand, these medical procedures were far from safe. They could easily damage or injure the patient in the effort to eradicate a fetus. There was no legitimate law legalizing abortion until Roe vs Wade in 1973. After this law was passed women could shamelessly get an abortion without any sort of government restriction. The difference between quickening in the 1800s and prior and Roe vs Wade in the 1900s, is the fact that Roe vs Wade was legalizing full knowledge murder. Overall, America’s history with abortion goes back to the beginning. Even if it was rare to hear about, this horrific procedure has been with the United States for centuries.

How common is abortion? What is contraception and why is it bad? These are just a few questions that arise when talking about this sensitive topic. Many women get abortions due to unhealthy relationships or not using contraceptives. According to Jones, “About half of the 6.4 million pregnancies in 2000 were unintended, and about half of these resulted in abortion.” Unintentional pregnancies are usually due to rape, unhealthy relationships or mishaps with contraceptives. In all of these unfortunate cases Harper states that, “The Federal Medical Program pays for abortion only for life endangerment…” proving that the American government considers themselves merciful and powerful enough to murder children conceived out of inopportune events. Contraceptives such as condoms, birth control, and IUDs can not always be relied on to avoid pregnancy completely. Each of these, in their own way can be faulty. Beside this, birth control and IUDs have also been known to cause various kinds of cancer in women, as well as complications when trying to conceive. As Jones states, “The abortion ratio indicates that 22% of preganancies ended in abortion in 2005.” This number is ever increasing. In total, the number of abortions that were performed in 2005 was 1.2 million abortions. In 2019 the number of abortions done termination innocent children increaced to 14.6 abortions per 1,000 women ages from fifteen to forty four years. Though some women do have unfortunate situations resulting in pregnancy, no innocent child deserves to die at the hands of any other human being. Only God has the right to take a human life, and this solely due to the fact that he is the one who created that life. America on the other hand thinks oppositely on this topic. As a people, many believe that they have the right to not only take the life of an innocent child, but criminals and elderly as well in the acts of euthanasia and the death penalty.

Our country makes abortion easily accessible to all women in many ways, for example, “…the Food and Drug Administration approves mifepristone for use for early medication abortion”(Jones). Before a woman needs to even enter a clinic, she is offered a selection of ways to terminate a possible pregnancy. As named previously, just a few of these ways to do this is though taking the birth control pill, using IUDs, as well as mifepristone. Though all of these methods are easily accessible to all American women, this fact alone is still not enough for some. Many government officials as well as their thousands of followers have their own ideas about this fight for abortion. “There is a better way – treating abortion like any other form of health care…”(Cohen), as stated, many people want to make abortion more available in America than it already is. As stated in Sir Issac Newton’s third law, for every action, there is an equal and opposite reaction. This applies also to abortion in America. Yes, there is a strong fight to promote abortion and make the planned parenthood program stronger. On the other hand though, there is also a courageous fight against the unnatural termination of pregnancy. A well known rally against abortion, the March for Life takes place yearly in both Chicago and Washington D.C.. at this event, thousands of people flood the streets to rally against this genocide of innocent lives. This also comes at a risk, though. As the years go on in America, gun violence has increased as well as hate crimes causing this march to have a higher risk of violence. Furthermore, some states have even attempted to “ban abortion once a fetal heartbeat is detected,” however, “Planned Parenthood was one of the groups that sued to block the law”(“A Victory for Abortion Access in Alabama”). Overall, it takes courage as well as incredible amounts of persistence for these Pro-Lifers to take a stand for their beliefs and the truth.

The Everyday Struggle to Get an Abortion in America (California Press 2020).Available at SSRN: https://ssrn.com/abstract=3507699