Americans and Their Values

Home Americans and Their Values 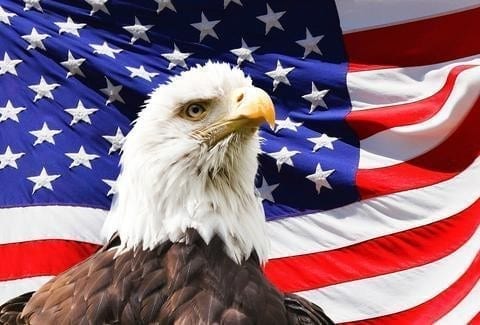 What does it mean to be an American? Americans live in America, but there is something deeper than just location, something that binds all Americans together regardless of their race, gender, birth country, or other demographic. We share values with other countries, human values, we value friends, family, and community, but there are some values unique to Americans. This American spirit is what makes America a great place to live. There are many values shared by people all over the country, and their combination is what makes up the American identity.

“I do not have to be what my father was. I do not have to obey my father’s rules or even believe everything he believed. It is my strength as a human that I can make my own choices of what to believe and what not to believe, of what to be and what not to be” (Herbert). One of these American values is that of self-determination. You may love your friends, your family, your community, but they can’t control you. You have the right to do what you want to do, as long as it causes no harm to others. Not even the government can take away that right. The quote from Children of Dune at the beginning of this paragraph really captures that in writing. It’s saying, people around you do not define you. Only you can decide who you are.

This sense of individualism, of one’s absolute right to not be controlled by others, it’s also exemplified in the Bill of Rights. “The enumeration in the Constitution, of certain rights, shall not be construed to deny or disparage others retained by the people”. You can act on your own rights, just don’t infringe on others’. American President Abraham Lincoln is thought to have said “Your right to swing your arms ends where my nose begins”. We, as Americans, value our self-determination, but afford other people that same right.

Another American ideal is that of religious freedom. Americans can have any religious belief or none at all. We also have a separation of church and state. In the Constitution, it says “no religious Test shall ever be required as a Qualification to any Office or public Trust under the United States”. This shows that not only do we value this today, Americans in the past also valued it. Children of Dune has some scenes that really show what is so valuable about religious freedom, and what could happen if it is forgone. In the novel, people do not have religious freedom. “Breaking a law becomes a sin” (Herbert). The fact that they don’t is just one way their government oppresses them. Religion plays a role in everyday life and politics in Children of Dune. Herbert shows us the danger of a unified church and state, and I think this really highlights why we, in America, have this distinction. In the book, religion is often exploited to benefit power-hungry groups. One organization routinely infiltrates young cultures and inserts its own beliefs into the growing society. Some characters play off the religious beliefs of others for their own gain. In America, people are free to believe anything. In Children of Dune, the corrupt and powerful combination of church and state allows political actors to control your beliefs.

We as Americans also value our democracy. We all have a vote. In Children of Dune, however, hardly anyone but the rich and powerful get a say in the government. And while this helps the rich and powerful stay rich and powerful, it doesn’t make life nice for everyone else. The vast majority of the people are in poverty. They live in overcrowded city conditions, in squalor. America is great because everyone can vote, no matter how much political influence you have. Children of Dune gives you a lot to think about. The way that its governmental system is set up makes you wonder, what if we lived like that? A society without freedom, without free speech. If you say something against the emperor, you will be executed. Imagine if you would get executed for saying you don’t like the president. The government in the book is almost the opposite of what we have in America, but that’s why it helps us think. Herbert, an American, shows us the potential consequences if we lived in a different society, one that doesn’t share our American values.

Americans accept and allow for all cultures because indeed America is made up of many different cultures. That’s another reason why America is so amazing. People come here from all over the world. For many people, America is an opportunity. The possibility of a better life. Immigrants take a big chance when they come here. Martin Luther King Jr. said, “Faith is taking the first step even when you don’t see the whole staircase”. People who come here, with enough hard work and determination, can be successful. Whatever that is, whatever success means to them, they can do that, be that. Immigrants from all over the world come here to improve themselves and to prosper with the rest of us. Immigration makes us one of the most diverse countries. People share their thoughts and ideas. We can engage in constructive debate and learn from each other and the vast array of opinions.

These American values are why people came to America in the first place. They left the tyrannical monarchies of Europe and came here, to an unforgiving wilderness, so that they and their families would be able to live for themselves, not having owed subservience to a king. They fought a war of independence. They created a radically new form of government, and it worked. Today people still come here, seeking new frontiers. America attracts people that share its values, and they share their values with us. Those are American values.

Hi Konrad! I love this post because it’s something that I find very intriguing about the United States. We have so many core values that our nation was built on that still prevail today. I love how you explained self-determination, religious freedom, and equal opportunity, because these are all aspects we see in our daily life. However, I’d be very interested to hear your thoughts on the article linked below that explains how the digital economy has destroyed American values. I think it’s an interesting topic, the changing nature of our values with the changing technology and ideals of today’s society. Do you think that our values are exactly what they’ve always been? I would love to hear what you think.
Audrey, this is a particularly engaging topic considering the position myself and many of my friends are in with regards to paying for college. I like the comparison with Australia because it points out the similarities between the two countries and how we can use them as an example. I would be curious to know if you think that there’s potential for their system to fail in the United States, simply because we are different societies. I found this article listed below that describes how the student loan crisis is weighing on our economy. I’d love to hear your thoughts on it. Great work!
https://www.usnews.com/opinion/economic-intelligence/2014/06/17/the-digital-economy-is-destroying-american-values