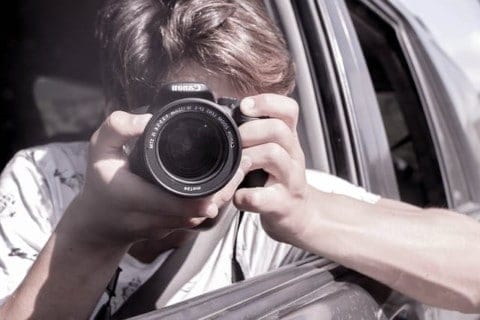 In reality, “American” means to have values that are similar to those of american citizens, i.e. freedom because the country of america and our system of morals has been built by the fight and pursuit of freedom and happiness. Although some might say that being american means that you have to be born or live in america, I believe that is not the case. The article titled “Russel Means Speech To The Senate” examines/introduces [the idea of/the relationship between/the importance of]…. Being american by expressing his love for america while also expressing his displeasure of how he’s been treated, saying how he is an american, and apart of the country since he was born here and has american morals and beliefs, but at the end of the day is still indian. The evidence I have is the quote of “[In these United States of America, this great country of ours, we American indians, we can be anything we want to be except American Indians; and that is created by the laws of this nation and condoned by its subsidiaries.]” (citation) First paragraph. The speaker uses [the mistreatment of American indians] to explain his level of humanity within America and how he’s treated vs other Americans.
This shows America is not necessarily the amazing equal country that it’s often glamourized as.

I believe “American” could/should represent the idea/concept/notion of “America being a great country, but in a lot of ways not the best” because… it’s necessary to understand the challenges and issues that we as a country face whether it’s divided politics or issues in representing the people’s beliefs. ​The video titled “Will MacAvoy, America is not the greatest country in the world” examines the idea of how us, not being the greatest country in America, affects us, Americans. How other countries are vs how we are, and how we do things and how they do things. We’re not one holy pinnacle of everything great in the world. A quote being “[Canada, has freedom. Japan, has freedom. UK, France, Italy, Germany, Spain, Belgium have freedom]” (citation) Will MacAvoy, HBO Newsroom Pilot. ​The details found in [Will MacAvoy We Are Not The Greatest Country in the World ] emphasize [the value of the importance of understanding comparisons between us and other world powers, and how our beliefs are influenced by the glamorization of our america.
The video is a key idea of how america first and foremost is affected by the union of the citizens.

American Literature can be defined as literature that…​ is written with American values or literature written within America.
American Literature is written by Americans, or those seeking to learn more about America or it’s inhabitants. ​The examples given in class, titled “American Pictures” examines the relationship of the stories of people within our America and their interactions with one another along the long stretch of road.

In addition, the pictures the idea of being “American” because….. It shows all sorts of different people from all sorts of different walks of life. Therefore, Americans literature is a direct lens of what our country is about, and what it’s made up of, whether if it’s common beliefs or rather just this silent union of a people regardless of your class or race or religion. That’s what being is, in my eyes at least.

Sam, this is a wonderful essay. I can tell you took time into writing this and really thought about what being an American means. May I suggest the book, “Call Me American” by Abdi Nor Iftin. It is a book about a young man who travels to the US from Somalia. I hope this helps.