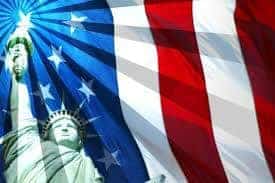 The book American Street by Ibi Zoboi shows readers that from an immigrant perspective, being an American is not always all it’s cracked up to be. The main character Fabiola Toussaint, comes to America from Haiti without the guidance of her mother. She struggles with the concept of the idealized American Dream and how she fits in America. The culture in Detroit, Michigan is vastly different from Haitian culture and she finds that nothing she expected of America came true. She came to America in hopes of living a life of equal opportunity, but the image of the American Dream became fragmented in her mind.

In America From an Immigrant’s Perspective by Katherine J. Martinez, she writes about her point of view of being an immigrant from El Salvador. The article is written in a more positive light, saying how being an American means that you have a chance of individual liberty. Martinez also recognizes how living the American Dream is difficult by stating, “Immigrants admit that it is not always easy to achieve the American Dream. They keep dreaming, though, because there is a possibility to achieve it as long as they are in American soil.” Martinez’s piece connects to the book American Street because they both explain certain perspectives about what being an American means. Martinez and Fabiola both share the experience of becoming an American citizen and learning how the American Dream has flaws.

The way immigrants are thought of and are treated today is not how the American Dream makes it seem. Every person coming to America wants to be successful and happy, but it does not always work out that way. In The American Dream and its Opposition Towards Immigration, by the Spark Group, it points out how immigrants have to conquer many obstacles to be accepted as an American. It also claims that the cause of such challenges to become accepted as an American, is because of America’s hatred and ignorance of immigrants. The last line of the article says, “It is time to be honest and think about whether we truly are a country for those looking to be free or simply for those who are privileged enough to be free.” I thought this quote was really powerful because it gets you thinking that the American Dream is much more easily obtainable to people that are born in America than those who are not. This article and its examples of immigrant stories reminded me of Fabiola and her story. In American Street Fabiola comes to America to have freedom and to achieve the American Dream, but she finds it more difficult to achieve than imagined.

America, the promised land, does not always keep its promises. Lots of people are drawn here in hopes of freedom, success and the American Dream. In Fabiola’s case in the story American Street, she immigrates to gain freedom and to have a better future. She discovers that the life as an American is not always perfect and that for some, being successful can be near impossible. Maybe by working towards equal opportunity and supporting immigrants more, will make the American Dream achievable.

“The American Dream and Its Opposition Towards Immigration.” The Spark Group, 30 Aug. 2016, thesparkgroup.com/ignite/american-dream.

Andrea, This was very interesting and your spin on the topic was also intriguing. I particularly like your closing statement, ” Maybe by working towards equal opportunity and supporting immigrants more, will make the American Dream achievable.” I think that very appropriately describes a very important part of the issue that needs to be addressed and fixed. I also think equal education is one of the most important things we need to to attain a more closer equality.