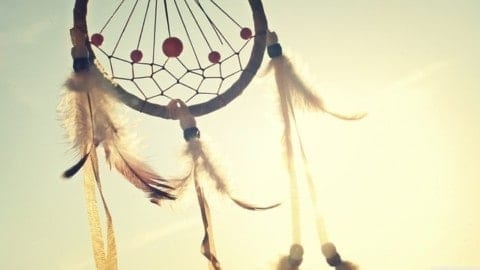 The terms “America” and “American” are used so frequently in media referring to people with citizenship in the United States and the country itself. The term though, is more isolated than it should be, as people living in Central and South America refer to themselves and their culture as “American” as well. Journalist Karina Martinez-Carter wrote about how she and her Argentine friend were sitting together when he came across an article using the word “America” as a synonym for the United States. He stated that this was an incorrect use of the word and argued that America was a region, not a country. “Largely, in Latin America and for Latin Americans, the term “America” means Latin America, and “American,” Latin American.” (The Atlantic) By using this information, Martinez-Carter shows the other side of the definition for the word, breaking off from the mainstream. She even mentions the backlash she would get if she referred to only the U.S. as “America”, the criticism of U.S. arrogance and the denouncement of the superiority complex in the United States’ culture.

I agree with Martinez-Carter’s friend on the issue, that the word “American” refers to the people within the American continents and regions, as in North, Central, and South America, and not just the United States. It unnecessarily excludes several cultures and identities who are obligatory owners of the title themselves. But even groups and corporations that are viewed as having a generally open mind to foreign nationalities and their beliefs struggle to refrain from classifying only U.S. citizens as “American”. “The government of the United States is a massive and complex organization. Its purpose is to improve and protect the lives of American citizens, both at home and overseas.” (Scholastic) The fact that a publishing company uses the arrogant definition of American, a company that publishes children books no less, only enforces the incorrect interpretation of the word and teaches the the young generation the same arrogance as the previous one.

American Literature can be defined as work addressing a theme(s) in the many American societies and cultures. This includes all nations, cultures, ethnicities and beliefs within the American continents and regions. American literature contains such ideas like freedom, construction, independance, and free thinking. Most, if not all American countries have writers and literature that show these themes and it can be related to the fact that all of those countries were once colonies to either Britain, Spain, or France and then liberated themselves from their colonial rule. But the term “American Literature” has be used for nearly 150 years in accordance to literature produced exclusively in the United States, that the widespread definition has been accepted by most people.

Great writing! You effective conveyed your points to readers through your conciseness and analysis. I think adding a couple of sentences addressing the meaning America had when it was first introduced will tremendously help your writing.

Emmett, I am throughly fascinated with the point you brought up about “American” Lit only referring to literature created within the United States. I have never thought about another perspective on this subject before, which I’m now realizing is slightly ignorant. This article (https://slate.com/news-and-politics/2013/08/america-the-continent-vs-america-the-country.html) supports your claim and offers another interpretation of the idea. Thank you for showing me a new way to see the world!