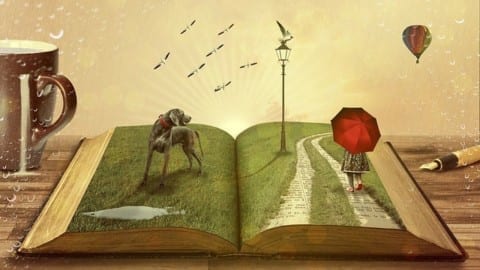 America means so many things to so many different people and cultures all different colors and types. Many Americans, mostly white men have a very patriotic view of what it means to be American. They believe America is the best country in the world. We are the land of the free, home of the brave and strong. In class, we watched an empowering video of some Marine Corps soldiers and what America means to them and why they fight for the land they love and protect. A soldier named Tegan Griffith, a dedicated and decorated Marine, has a more patriotic view on America than most. She describes her life and how she grew up living  in a small farm town working hard as a true american her and her family all served in the army and they feel they really embody what it truly means to be American.

I believe America can and should be a a safe and inclusive place. We should not recognise ourselves as an exclusive club that other races and cultures don’t deserve the right to identify as American. We view ourselves as the best nation and that we are superior to other people. It’s for that and many other reasons that we are looked down upon, viewed as greedy and impulsive and ill mannered and most of all uneducated. In a show called the Newsroom we watched in class an actor named Will McAvoy was asked what makes America the best country in the world? “America is not the best.” He tells us that we are shown to think that because we are American, that we are the best, but in reality we aren’t. We have many flaws. I think that we get so lost in what America is supposed to be that we lose sight of what we want it to be and what we worked so hard for it to become.

To me, American Literature is American people writing and describing and fully embodying the true meaning of what it means to be American. It’s so important to learn about American Literature, to educate ourselves on how others feel about America and to understand a full picture of what America really is because there are many views that we can learn and benefit on instead of a single-minded view on America like many Americans have.   In a speech we read in class by a man named Russell Means, he discusses what it means for him to be an American Indian and how the government doesn’t view them as equals and excludes them from from their right of equal treatment. Only if we know what we did wrong can we truly fix our mistakes.

I agree with the idea that being a true American cannot be defined by a single guideline and your post “Fixing American Lit”, gave rise to the idea that people of many cultures and races can and are able to show patriotism. I also saw how you brought in the idea that American needs to see its flaws and correct them head on.

One specific sentence that stood out to me was ” It’s so important to learn about American Literature, to educate ourselves on how others feel about America and to understand a full picture of what America really is because there are many views that we can learn and benefit on instead of a single-minded view on America like many Americans have.”, this embodies exactly what America as a country should be like. Not only does educating ourselves we bring more intellectual knowledge but we also widen our own views.

I am glad that you brought to this topic, which not many people think about. I look forward to seeing what you write next because you noticed a problem and brought your own unique ideas about it. There is a lot to be said and I think that this articles could potentially start an important conversation.

Dear Milo
I am moved with your essay because you mention the idea of Tegan Griffith of being an American. Identifying as an American is not exclusive to one certain race.

One sentence you wrote that stands out for me is ” It’s so important to learn about American Literature, to educate ourselves on how others feel about America and to understand a full picture of what America really is because there are many views that we can learn and benefit on instead of a single-minded view on America like many Americans have.” I think this is a good point because a person should be open to other people’s views. Each person is entitled to their own opinion and it is nice to know what they think of America.

Thanks for your writing. I look forward to seeing what you write next, because your writing is very nice and formal. You made your point very clear throughout your writing. You also made the reader think more and want to learn about American Literature.