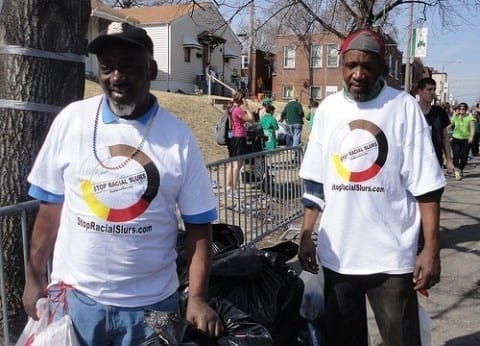 Hello, my name is Jesus Sanchez and I’m a student attending Fremont High School in the 11th grade, located in Oakland. Growing up as a teenager in America has been pretty good for me, so far. Personally, I’ve never experienced racial slurs being said to me, but just because it has never happened to me, doesn’t mean it doesn’t happen to other kids my age.

Which is why racism is one the issues I want you to prioritize on. Racism has been a part of this world for years now and I want it to end already. I’m sure other people can agree with me on that. No one likes to be put down by others and racism does exactly that. It could also leave people without jobs and that leads up to starving families. In some cases, it could cause people to commit suicide.

A solution I think might help, is to make illegal to say. Sure, there’s freedom of speech but making a couple words illegal wouldn’t hurt anybody. The future I wish for America to have one day is where racism has completely disappeared. With everyone getting along with each other, regardless of their different cultures and beliefs. I really hope you think about it and take action.

I am very happy about you letter, “American Leaders You Attention Please,” because I am in agreement with what you have wrote. To stand for racism is to something I believe in very much because, I, as a person of color have experienced lots of racism in my life. I am happy to see someone spend time on writing about something I am passionate on. One sentence you wrote that stands out for me is, “Personally, I’ve never experienced racial slurs being said to me, but just because it has never happened to me, doesn’t mean it doesn’t happen to other kids my age.” I think this is very kind of you to write about something that doesn’t affect you personally but has affected the people around you. THis shows that you are someone that really cares about your community. Another sentence that I read was: “The future I wish for America to have one day is where racism has completely disappeared.” This stood out to me because I myself really do wish this for our future too and the generation after us. I do agree with you that without racism the world would be a better place. One reason I say this is because this a dream of mines too. and I wish that we can do better than this and be better. Another reason I agree with you is because this has affected to many people and because of racism, many people have died. THat is why I feel very strongly about stopping racism. That for your writing. I look forward to seeing what you write next, because I know that it will be something that will help the world. I wonder if you will talk about disagreeing with Donald Trump and what he is trying to do.