American Leaders, Can you hear me?

Home American Leaders, Can you hear me? 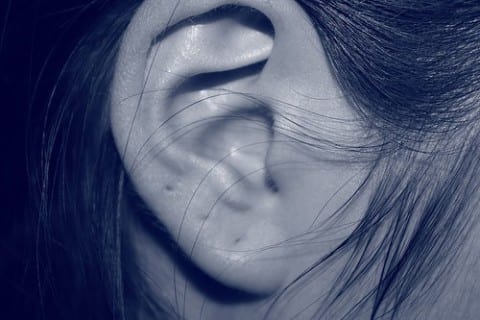 I am Sala Apodaca, a junior in high school. On August 11, 2017, there was a protest against the removal of white supremacist leader Robert E. Lee’s statue. During the protest, a counter protest began, and while the protest was going on, a car rammed into a crowd (counter protesters), killing 1, injuring 19. But after the protest, 2 officers were dead.

Growing up in America as a teen has taught me that no matter what happens there will always be a part of racism around, and even when we think there is no racism it always seems to find a way to return to society.

Our leaders should be making it a PRIORITY for ALL Americans to feel safe in their homes. I believe they should make it a priority for Americans to know that no matter the color of our skin we are all the same and that not every person shall be treated poorly based on what people in the past have done.

I believe that the leaders of America should make more people of color leaders because America if full of diversity and shall be represented with more diversity.

I wish that in the future for America can be color blind and not make choices towards people based on color. I wish that people would come together and appreciate diversity instead of making it a problem.

Your post is very moving in that it addresses the problems so many people are too afraid to even mention. I love it when you said, “I believe that the leaders of America should make more people of color leaders because America if full of diversity and shall be represented with more diversity,” because this is so true and directs the reader to our history as a nation. Representation for each and every individual/group is the goal, and cannot be achieved with the current problems that are circulating through our public policy. Thank you so much for sharing this insight to this issue. Here is a link to a website of a related topic: http://ir.uiowa.edu/cgi/viewcontent.cgi?article=1097&context=polisci_pubs I hope to see more posts like this that address this topic.

Hi Sala,
Good job on your essay! I agree that our government should make it a priority to make our homes feel safe. I also believe that governments first priority should be our safety. However I believe that the best should hold government offices and it should not be based on skin color. Keep up the good work!

Dear sala Apodaca,
I am so glad that you chose to talk about this topic. This is going to get a lot of views because all teenage people go threw it. In my opinion, I think that I will be able really think deeply about this topic because there is a lot of good things. one quote that stood out to me was “Growing up in America as a teen has taught me that no matter what happens there will always be a part of racism around, and even when we think there is no racism it always seems to find a way to return to society.” This stood out to me cause it made me think like what if we do something to change it.
thanks, nakiah

Hey,
So It thought your letter was okay. The addition of your analogy was a good idea, but do keep in mind this is the leaders of America you’re talking to. It would be a good idea if you kept all references professional. Keep an eye out for punctuation too. Overall it was nice. Keep at it!

Dear Sala Apodaca,
Your, “American Leaders, Can you hear me?” writing very good because you inserted many supportive details to your claim about your solutions to your main concern that needed to be prioritized. One sentence that really stood out to me was, “Our leaders should be making it a PRIORITY for ALL Americans to feel safe in their homes,” because that what we need in our society. It’s very relevant to what kind of society we are in because knowing how dangerous Oakland can be, everybody would want their loved ones to be save, especially in school as well. Your image reminds me of our community because that’s what all of our leaders in America need to do, which is listen. Thanks for your writing Sala, I’m looking forward to see your writing again because you look at the main problem not only from oakland but with every other common conflict the world has to offer. Keep it up !

Dear Sala Apodaca
I am pleased with your writing , “American Leaders, Can you hear me?”
because It is very detailed in the first paragraph. You explained the almost all the 5 w’s which is great.
One sentence that stand out for me is ” Growing up in America as a teen has taught me that no matter what happens there will always be a part of racism…” because in this world their is evil and goodness. Meaning evil is powerful and dangerous.
Another sentence that I liked was: “I believe that the leaders of America should make more people of color leaders because America if full of diversity and shall be represented with more diversity..” This stood out for me because I feel like the government is not diverse, it’s full of white people.
Your image reminds me of my cousin’s piercing .One time we went to the mall and all the sudden decided to get one. After her 1st piercing she then got more. She pierced her body.
Thanks for your writing. I look forward to seeing what you write next because your writing is detailed but not too much. Which is a good things because a lot of people then get bored reading.