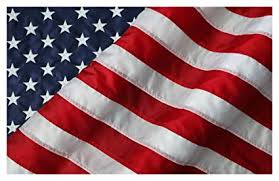 Culture defines us. But how can we define American culture? The answer is we can’t, at least not completely. As a country, we can not come to a unanimous consensus about a set way of life we should all follow. America’s defining feature is the fact that so many different cultures are respresented and mixed. However, we all have our own cultures. Whether this be family, ethnic, or religous culture, it impacts who we turn out to be.Tara Westover’s memoir Educated illustrates this perfectly. Tara’s life has been a series of worlds colliding and opinions shoved into her face until she was finally able to figure out her view on the world for herself. The person she is today, how she acts but more importantly how she thinks, is a collection of her family, school, and religious life, all part of her family culture growing up.

While reading Educated, I began to wonder about just how our parents impact us, and how we are more succeptible to believe what our parents do. All of the Westover chldren have been raised with strict religious, medical and personal beliefs. For some of them, these restrictions kept hold througout their lives, yet this is not the case for four of the nine children, including Tara. In an article I found while researching this, it stated, “Just as the parents came to their views through their own experiences and then tried to teach it as established truth, the Dinas study shows how quickly that teaching can be set aside when the children have strong political awakenings of their own” (Patterson). I found this to reinforce what I was starting to believe. Parents can try their best to mold their children, yet many come to have their own revelations, such as Tara did. I like to think of it not that she began to realize her parents were not always right, but instead that the rest of the world was not always wrong.

Literacy and what we read is very important for our development, not just educationally but as people. Growing up, Tara was never taught out a textbook unless by herself. She says, “From my father I had learned that books were to be either adored or exiled… I read them to learn what to think, not how to think for myself” (Westover 239).  When she left, all she wanted to do was read and learn. Her whole life she was restricted and when she gets her freedom books prove to be one of the pivotal points of her life. Tara’s success in college from her growing love for books shows just how important literacy is in American life and how it can help reshape someone’s life.

This book taught me a lot. It touched on how our parents influence shapes us, on people’s vulnerability, how lack of knowledge can be percieved as ignorance. Tara grew up with no public education, as well as being hardly around anyone but her own family. Her parents filled her mind with conspiracies and false information, causing her to be an extremely judgemental and almost paranoid person. When she decided to go to college, she had no idea what she was in for. Everything she knew about the world, the government, medicine, and religion, was turned upside down. Growing up, her whole life focused around pleasing her family, now she had to decide what was best for her. Her story of how she got to where she is today truly reflects what it means to be an American, opportunity. It might not always be served to you on a silver platter, but it is surely there if you want it bad enough.

Hi Lauren this was an interesting post to read I have always thought about how much of an opinion on the world we form by ourselves and not by our parents and clearly we do get a lot from them. I thought the part where you said lack of knowledge can be perceived as ignorant was very true especially in today’s society.

Hi Lauren,
I really enjoyed reading your post! When you said, “Literacy and what we read is very important for our development, not just educationally but as people”, I agreed wholeheartedly with that. I never really thought about how much our parents influence how we see the world and the people and issues in it. Another thing that affects our views of the world is what we read and see on social media. Social media helps us to hear other people’s opinions, and that can change our entire world views.