America Vs. Fear: Who Will Win?

Home America Vs. Fear: Who Will Win? 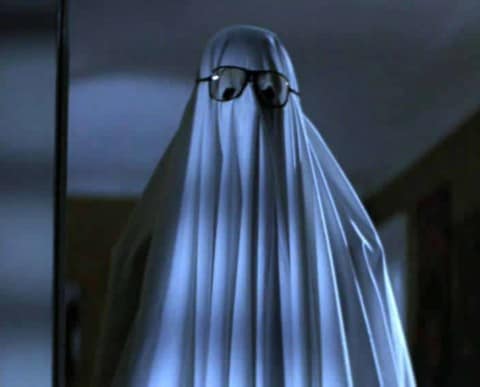 America is an interesting country. It’s a diverse country, but some don’t want it that way. It’s a free country, but some people are more free than others. We constantly have issues and contradictions. Corruption is commonplace in our government, making it so we have to be afraid of what the government is doing or will do. There is surveillance our country has and we don’t even know the extent of it. Prejudice, violence, discrimination, and hatred fill this country and some of the people in it. People have many reasons to be scared. Our culture is filled with fear. No, let me rephrase that. American culture is fear.

What is fear? Well, according to What Happens In The Brain When We Feel Fear from the Smithsonian, it’s all based on a chemical reaction. There are several different kinds of fear, according to this article. The kind of fear we feel all depends on how what they call the “emotional” and “thinking” brain. This article tells us that the emotional brain is the one that perceives we are in danger until the thinking space basically gives it context about the situation we are in, making it so that we can either realize we’re safe or be ready to run.

When we look at fear in America, it takes many different forms. Horror films are popular everywhere. America seems to have a huge interest in them, though. We celebrate holidays like Halloween. Some of us like going into haunted houses or watching spooky videos. This kind of fear is different than the one present in America’s media, though. It’s not as superficial and fictitious.

An aspect of our fear of Americans is the fear of change. This can be the fear of things not being able to change or things changing. In Shirley Jackson’s The Lottery, we are introduced to a community that has an annual event in which they stone selected individuals. Those selected are fearful and yell about how it isn’t fair. Meanwhile, the townspeople could care less. They don’t want things to change or think they need to. Therefore innocent people are hurt. This story shows us how if we fear change or don’t want it to take place, people will get hurt.

Dystopian fiction is quite popular in America. This genre, however, can easily reflect the faults and fears of America. In George Orwell’s 1984, we are exposed to a government that intitues constant surveillance on its citizens. Sound familiar? In Aldous Huxley’s Brave New World, we step into a world of greed and gluttony that hurts more than helps. American culture is full of elements found in both novels: the conditioning of children, the abuse of Native Americans and other minorities, prejudice, violence, abusive law enforcement, invasion of privacy, etc. Obviously, we aren’t exactly at the 1984 or Brave New World stages yet. If we don’t try and stop corruption and harm to others, however, fiction could become fact.

Let’s take a step back from fiction. If we look at America’s reality, we have so much fear. A lot of people instill fear in others, whether for valid or invalid reasons. Our government constantly gives us things to worry about. Some people have to fear being attacked or killed just for their race, sexuality, religion, gender identity, etc. Shootings take place that affect places like our schools and things like our safety. There seems to always be the threat of war. Global warming may lead us to another mass extinction. We have a lot to fear in this country.

So, what do we do about the fear that weighs so heavily within our culture? The simple solution is to provide equality and peace for everyone and to stop fighting. We can’t seem to do that as a country, though. There has to be some other way we can create the change needed to get rid of the fears most of us have. A great start to ridding our culture of fear would be to help others. All of us can take on a bigger roles in the fight for progress. We can help battle corruption and make sure to keep our leaders in check. There is so much we can do to rid ourselves of the fear that acts as a main component to our culture. Let’s not fall into the habits of the villagers from The Lottery or the terrifying governments of 1984 and Brave New World. Instead, let’s help others and allow change to take place. We can get rid of all this fear if we work together.

Javanbakht/Saab, Arash/Linda. “What Happens in the Brain When We Feel Fear.” Smithsonian.com, Smithsonian Institution, 27 Oct. 2017, www.smithsonianmag.com/science-nature/what-happens-brain-feel-fear-180966992/.

I believe the first two sentences of your argument were very important. Some people just look at “all created equal”, and not the hard truth and bigger picture. What I admire about your argument is that it is different from the other ones I looked at. I had never looked at America this way, nor did I feel like fear was an American problem. Your argument made me look at the aspects of America in a very different way. Using books as data for your argument was one of the best ways to back it up I believe. Also, I loved how you gave potential solutions to all these problems, instead of ending on a negative note. I really enjoyed reading your argument, and I can’t wait to read more of your responses this year!