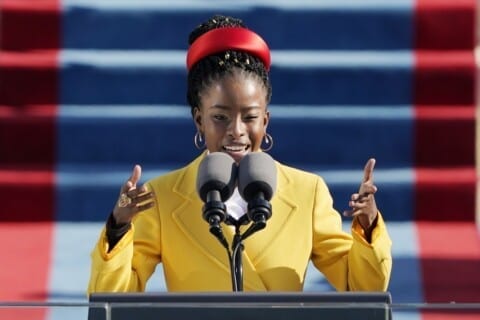 People wonder what the root cause of America’s inequalities are and what prevents the inequalities from being solved. In “Denial Is the Heartbeat of America,” Ibram X. Kendi details that America means denial. Furthermore, he describes how denial is one of many factors that play a role in creating these inequalities. But also how denial is the strongest force that keeps these unequal systems in place. Throughout the article, he references many historical instances in which the government or Americans have done terrible things and that these events are forgotten and never acknowledged. He argues that many Americans are in denial that unequally systems even exist. It goes so far to say that the denial is deeply ingrained in American government as it was basically built on denial. What he most effectively argues is that denial is what is keeping America from changing in a positive way. He explains that, “Humans—like nations—are not going to perform radical surgery on cancers that they don’t think are part of them”(Kendi). This underscores the importance of acknowledging a problem is there before attempting to solve it. In summary, Kendi believes that America is built on denial and that’s what prevents rapid positive change.

To many, America means progressive change and improvement. In the poem, “The Hill We Climb,” Amanda Gorman, speaks to the progress that America has made but also to the collective unity required to make more progress in the future. For instance “We will rebuild, reconcile and recover”(Gorman), overall, her message is one of hope and optimism for the future. Although Gorman touches on the setbacks that this nation has had in the past, she takes a much more hopeful tone than The Newsroom’s: Why America is NOT the greatest country in the world, anymore. In “Why America is NOT the greatest country in the world, anymore” the professor in the panel explains how the US has fallen behind and is no longer the greatest country. He takes a strikingly pessimistic and discouraging view on America now and how it will be going into the future. There is evidently an extreme difference between the tone and especially the hopefulness in these two pieces.

The way I view America is as a place that usually strives to do the right thing but at an agonizingly slow pace. In other words, I agree that we generally go in the right direction of change however it happens sluggishly. Take the climate change movement, the Black Lives Matter movement, the #MeToo movement, what they all have in common is that they have brought attention to the issue. But have they actually brought significant policy change? I would argue that although they have been effective in bringing attention to the issue, they have not been very successful in changing legislation. This illustrates that America is generally changing in a positive direction, however it’s not quick enough. Finally, to me America means sluggish and unhurried change.

The Newsroom, “Why America Is NOT the Greatest Country in the World, Anymore.” YouTube, YouTube, 26 June 2012, https://youtu.be/VMqcLUqYqrs

Gorman, Amanda. “The Hill We Climb: the Amanda Gorman Poem That Stole the Inauguration Show.” The Guardian, Guardian News and Media, 20 Jan. 2021, https://www.theguardian.com/us-news/2021/jan/20/amanda-gorman-poem-biden-inauguration-transcript