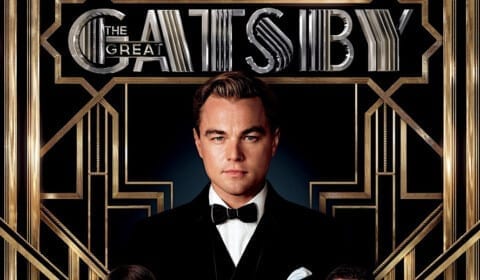 When it comes to America and what it means to be American. People think about the American dream. In the Great Gatsby, the American dream is to make something out of one’s hard work and to achieve success. But in the Great Gatsby success is just fancy houses and cars. The American dream is just materialistic. It shows how the American dream is to some people. People view being successful as being able to afford expensive stuff. On the other hand. Jose Vargas sees America and the American dream differently. Jose sees America as a great country and is proud to be American. And he believes that an America should be proud that they are American. This is different from the Great Gatsby where people only believe in materialistic things. Both Jose and Gatsby started off poor. Jose came to America and became successful. Achieving the American dream. And so did Gatsby.  I think that both of these stories are similar in lots of ways. But different in the way they see America. Since Jose wasn’t born in America. He believes that America is a place where people can go and become successful. While Gatsby devoted his life to a girl and achieved the american for her. He would picture America very differently than Jose Anthonio Vargas. In “Let America Be America Again”, by Langston Hughes, Langston talks about how Black people have been oppressed by America Throughout HIstory. Jose came out as gay so he risked a lot of things. His safety being one of those things. And Langston Hughes’s poem shows a lot with this quote:

“I am the poor white, fooled and pushed apart,
I am the Negro bearing slavery’s scars.
I am the red man driven from the land,
I am the immigrant clutching the hope I seek-
And finding only the same old stupid plan
Of dog eat dog, of mighty crush the weak.
I am the farmer, bondsman to the soil.
I am the worker sold to the machine.
I am the Negro, servant to you all.
I am the people, humble, hungry, mean-
Hungry yet today despite the dream.
Beaten yet today-O, Pioneers!
I am the man who never got ahead,
The poorest worker bartered through the years.”

Langston Hughes is saying that America may be good for some people. But bad for a lot of other people. And this goes against what Jose said about being proud of being American. Because so many people have been hurt by America. In my opinion, America is a country that lots of people take for granted. It is a privilege just to live in America. People come from other countries to find Work in America. People in 3rd world countries try to seek refuge in America. People risk deportation just to come to America and work, Just to make money for their families. But they see America as this perfect country because their countries are much worse in ways. And when people come to America they face hardships that they weren’t expecting. I agree with a lot of my sources because they have faced hardships in America and know what it is like to chase after the american dream. American Literature can be defined as literature that teaches about society and the history of America through writing. Like poems or books or songs. American Literature should be taught in schools because people can learn more about America and its society.

Dear Ahmed
I am moved by your post “America,” because it really shows the perspectives on America and how many people view them differently. One person may take it for granted. And other value all of it and are proud to be an american
One sentence you wrote that stands out for me is “ People risk deportation just to come to America and work, Just to make money for their families. But they see America as this perfect country because their countries are much worse in ways” I think this is very true because this is very accurate to my culture with my family and their ancestors.
Thanks for your writing. I look forward to seeing what you write next, because you add a lot of thought into your writing and add various experiences that add so much
Luis,