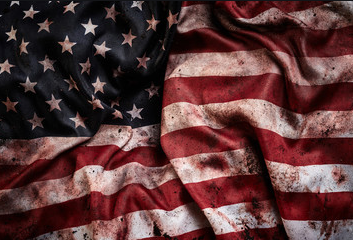 America’s influence around the world is notorious and undeniable. From clothing to culture to music, the word “America” buzzes in the mouths of people around the world. Consequently, people arrive here expecting a warm embrace from this haven. But, when face to face with America, it’s notably different than what one would expect it to be. Once the pretty layers are peeled back, a dark history bubbles to the surface. In Dr. Kendi’s incredibly written essay “Denial is the Heartbeat of America.”, he flawlessly explains one of America’s major problems. Its affinity for hiding the truth. This action of hiding is what subliminally advocates for the racial violence that is rampant across America. Dr. Kendi effectively peels back layers of America’s pretty exterior to get to its questionable interior.  “Has American denial blinded Americans from seeing what has happened in their country over the past year in states across the land, on social-media apps across the internet?” (Page 2) He makes strong points as to how we can begin to heal the wounds that lie underneath the surface. In my opinion, Dr.Kendi has shown America through a lens many people refuse to look through at all. He presents America without the sugar coating and presents a problem. I find this to be quite necessary, because as a colored person in America, as a child of immigrants, I am aware that the America I’m in will never quite be the same as the America where my white peers dwell.

Yet with so many people and so many perspectives, the idea of America is illustrated in books, stories, and experiences in a variety of shades. Take, for example, F. Scott Fitzgerald’s renowned novel “The Great Gatsby.” It includes an agglomeration of themes but one that is striking is the recurring theme of the “American Dream.” After reading both Denial is the Heartbeat of America and The Great Gatsby I can confidently say that Jay Gatsby resides in a different America than the one of Dr.Kendi. When not residing in his opulent home or throwing colossal parties that permeate into the night, Gatsby is out and around town in his canary yellow Rolls-Royce. Shortly after being caught in a tangle with a police officer due to speeding, Gatsby is let go after receiving an apology from the officer. This particular section of the book led to my comparison of Gatsby’s America and the America that Dr.Kendi describes in his essay. In 2020, police-related racially-motivated violence has been rife. While people are left to pay with their lives, Gatsby can evade the situation without a scratch. This example here is a clear representation of the “Two Americans.” Unfortunately, the harsh truth is that the way America treats an individual is highly dependent on factors such as race and wealth.

The America where one’s chances of success simmer down to their race and wealth is described in Langston Hughes’ riveting poem Let America Be America Again.  Like Fitzgerald, Hughes emphasizes the idea of the American Dream. However, instead of focusing on the manifestation of the American Dream in the lives of people like Jay Gatsby, he focuses on the people who were robbed of their opportunities. “Where never kings connive nor tyrants scheme. That any man be crushed by one above. (It was never America to me.) (There’s never been equality for me, Nor freedom in this “homeland of the free.”) In this quote, Hughes explains that he never received America as it was advertised. That the Declaration of Independence and the Constitution paint a beautiful picture of America that Hughes is not able to enjoy. That these documents not only shut people out but also hide the truth. The truth that Dr.Kendi hopes Americans will acknowledge.

All the sources mentioned above are vivid in their explanations of America, and bring light to the topic of educating people about America, specifically, American literature. As I’ve explained in my writing, there is no singular way to describe an American experience to someone. It’s clear that to present America’s past, present, and future, we need a conglomeration of projects. We need pieces from individuals that have embarked on different walks of life. This here is the only way to catch a glimpse of the un-polished America. The true America.

I can say without hesitation that my personal experience as a young POC has had an impact on the way I see these sources and the way I see America. While I am tremendously grateful for every opportunity I’ve been given in America I am aware that as a young woman of color there are constructs out there simply made to break me down. This is something that needs to change. As a people, it’s vital that we peel back the layers and see this country for what it truly is. We need to understand that America is not the same for every individual. It’s time we live up to the echoing words of the Constitution and Declaration that ring in every American’s ear.

Dear Nimra,
I am interested in your post because I really like seeing different people’s views on America. Also, I really like the quote about “2 Americas” because It really connects to what I have learned in school. As part of a minority community in America I really connected to this article. Thank you for this.

Wonderful post, Nimra! I believe this post represents the challenges and injustices the U.S. faced in 2020. I agree with your quote, “of the “Two Americans.” This past month we have seen clear examples of Two Americas through the hate crimes performed towards Asian Americans and the white shooter walking away free. (https://www.nytimes.com/live/2021/03/17/us/shooting-atlanta-acworth) While nearly a year ago, a black man was shot for “performing a crime”. (https://www.nytimes.com/2020/05/31/us/george-floyd-investigation.html) As a woman of color, it’s heartbreaking to realize that BIPOC Americans live in a United States where liberty and justice aren’t protected.