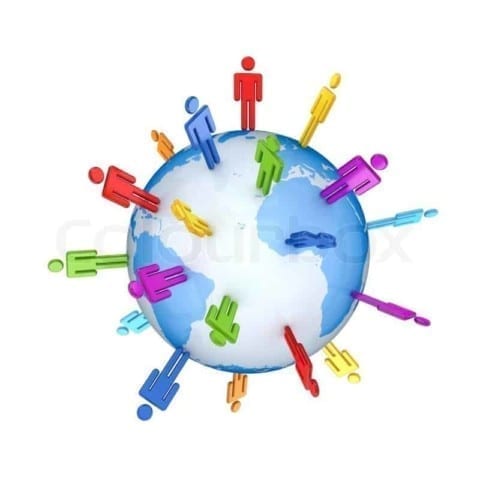 To be an American is to accept all Americans. America is “…The home of the free…” (You’re A Grand Old Flag) Our country was founded by immigrants. They were fleeing an oppressive government. People on the Mayflower came over so they could practice any religion of their choice. Americans fought the revolutionary war because they wanted democracy, not a king. Immigrants from all over the world come here seeking a better life for themselves and their families. Anyone can come here and live the American dream. We accept each other and learn from one another because we are all immigrants. We share the values, the core morals, that form the makeup of America.

For many people, America is an opportunity. The possibility of a better life. Immigrants are taking a chance when they come here. Martin Luther King, Jr. said, “Faith is taking the first step even when you don’t see the whole staircase.” If you come here, with enough hard work and good spirit, you can be successful. Whatever that is, whatever success means to you, you can do that, be that. Immigrants from all over the world come here to improve themselves and to prosper with the rest of us.

Immigration makes us one of the most diverse countries. People from all over the world share their thoughts and ideas. We can engage in constructive debate and learn from each other and the vast array of opinions.

However, in recent years, I feel we have gotten less tolerant. It seems like whenever you turn on the media, you just get a headache from the bad news. We need to learn how to work together and stop blaming each other for problems. We can talk through our differences, we don’t need to argue.

As Americans, we believe in freedom and equality for all, no matter the country of their origin. “…that all men are created equal, that they are endowed by their Creator with certain unalienable Rights…” (Declaration of Independence), this is the main concept of our laws. As time went on, this statement came to include people of color and women. That was the logical next step in the idea. But the core is the same, equality.