AMERICA IS IN 22 TRILLION DOLLARS IN DEBT!!!

Home AMERICA IS IN 22 TRILLION DOLLARS IN DEBT!!! 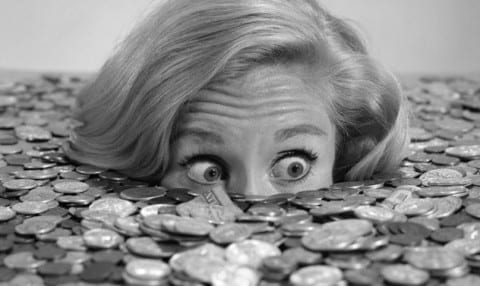 America is now in a debt of 22 TRILLION DOLLARS!!!!! This amount is hard to even imagine so let me explain what 22 trillion looks like. 22 trillion looks like this: 22,000,000,000,000 THAT IS 12 ZEROS!!! If we put one trillion into seconds then pyramids had not been built yet and saber tooth tigers roamed the planet. It is crazy to think that America is in a national debt of a number that put in seconds the Earth wouldn’t be around! It is important to realize that 16.2 trillion dollars of national debt is held by the public and 5.9 trillion dollars is held by the government.

Now that we realize how much debt we are in the next question is how did America get in so much debt? According to Jerry Robinson, “The rise in America’s national debt has been largely due to something economists call deficit spending. Deficit spending is an economic term for spending more than you earn.” The reason America is using deficit spending is because we buy so much from foreign countries such as China and Taiwan. We buy from these foriegn countries because it is “cheap” but because we do not have the money immediately the “cheap” stuff add up into 22 trillion dollars. According to Kimberly Amadeo five factors have caused U.S. debt to burgeon enormously they are: “accumulation of budget deficits; loans from the Social Security Trust Fund to fuel government spending; issuance of Treasurys to countries, such as China and Japan, which want to keep the value of their exports low; and low interest rates which contributed to budget deficits and continuous raising of the debt ceiling by Congress.” The debt ceiling is “[T]he legal limit on the total amount of federal debt the government can accrue. The limit applies to almost all federal debt, including the roughly $16.2 trillion of debt held by the public and the roughly $5.9 trillion the government owes itself as a result of borrowing from various government accounts, like the Social Security and Medicare trust funds.”

So what can America do to get out of debt? According to Tim Begany there are 5 possibilities to help us get out of national debt:

Hopefully the American government will take one of these options and capitalize on it and bring our nation out of the 22 trillion dollars it has been buried under.

Hey Pauline, great post! I think you brought a lot of good evidence to the table, and applied it well in your article. Its scary to think that our country is in that much debt. Even fathoming a number of that size is almost impossible. You also included good info on how we accumulated this much debt. I found this source super helpful if you want to check it out.