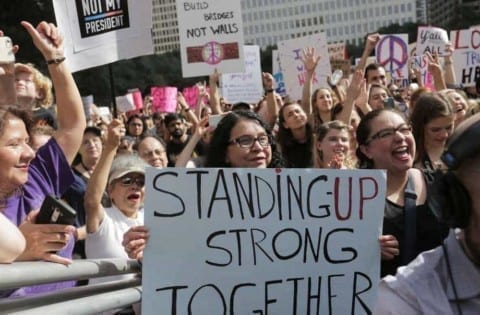 The American culture is being drastically changed for the worse by new familial status quos in family and by political views. Out of the three pieces that I read one poem called ‘Let America be America Again’ by Langston Hughes stood out to me and really brought into light the idea that we are wasting the hard work, dedication and sacrifice of decades of people’s lives that all worked so that we could be here today. He talks about how because the american dream is more adapted towards physical objects people are less grateful and willing to continue to work towards equality and unity of all Americans. Another article that I read mentioned the idea that our political views affect the way we view the American culture.‘What does it mean to be an American? It depends on your politics study says’ written by Matt Sedensky focuses on how politics come into play with people’s view of the American creed. His studies show that people’s ideologies are putting us further left or right on the political spectrum every day causing major changes to the way America is run and in turn the way people interpret the values of the United States of America. Lastly an article written by Natalie Angier called ‘The Changing American Family’ focuses on the way that new familial structures are affecting new generations and peoples values towards themselves, others and America as a whole. New advances in culture that include more ethnicities, sexualities, races, etc. have brought about a more broad term to simply ‘being American’ it now means a unity not just of one race or state. Being American now means to be an upstanding citizen in a country of dreamers that are all working together to make the best of what we have and improving our society for us, and others. In conclusion due to new standards of living, familial status quos and many other things the American culture is being changed into a bad culture to be a part of filled with hate and greed.

Sedensky, Matt. “What Does It Mean to Be American? The Answer Depends on Your Politics, Study Says.” PBS, Public Broadcasting Service, 6 Mar. 2017, www.pbs.org/newshour/rundown/mean-american-answer-depends-politics-study-says/.

Sam, I thought you brought up a lot of good ideas in your post. I do think we are becoming a very polarized country. In my AP Gov class, we were just discussing the idea of “The Big Sort”. Studies and data show that more people are choosing to live in communities that fit them with people who hold similar beliefs as them. I mean, that’s how we pick where we go to college, yea? What feels right, good vibes…? Here’s the paper: file:///C:/Users/zoefg/Downloads/The%20Big%20Sort%20PDF%20(1).pdf
I believe this post could be even stronger if you addressed ways to address these issues. We are the future leaders of this country. What can we do to make it a better, more inviting, compassionate place where everyone feels like they can belong? Is that even possible?

Sam, this was an important and interesting topic to talk about. I liked it when you said, “Even though many people want to stop this division between American Citizens, I don’t think people realize that they have the power to change and do something about this problem, or maybe they don’t know what they can do to help”. I liked this sentence because noting that American don’t realize that they have the power to change really hits you. Today in the news you see tons of things about President Trump and many people feel as though they cannot do a thing to change his views, but then you have the people who do realize that the people are the change and protest against his view points, for instance, the NFL. In the news we see NFL players on their knees during the National Anthem even though President Trump talked against it.
Thank you for the fantastic post.

I think you are addressing something that is very important to our country today. The United States has become more divided that ever and it doesn’t seem to be slowing down. Even though many people want to stop this division between American Citizens, I don’t think people realize that they have the power to change and do something about this problem, or maybe they don’t know what they can do to help. When your just one person in a country of millions and millions of people, it seems like no matter what you do nothing will change. We need to change this view of ourselves. The quote by Mahatma Gandhi says “Be the change that you wish to see in the world”, I think we all need to embrace the power that we have and our influence in our local communities.

I think you could strengthen your article by adding statistics and stories about the issue at hand. I have provided some links to some resources that you could use to further your argument. The article on the america magazine website might also provide a new perspective for you to think about.

Resources:
Making Up Is Hard to Do – https://www.theatlantic.com/magazine/archive/2016/11/making-up-is-hard-to-do/501146/
At a time of real division, how can we help clear the air? First, breathe -https://www.americamagazine.org/faith/2017/03/09/time-real-division-how-can-we-help-clear-air-first-breathe

Sam, this was a well- written post. I really liked the line where you said “we are wasting the hard work, dedication and sacrifice of decades of people’s lives that all worked so that we could be here today,” because you are absolutely right and I have never thought of it that way. Also, I enjoyed your wording of calling Americans “dreamers.” I believe that the American Dream is not what it used to be and materialism has taken over. I think this article https://www.thebalance.com/what-is-the-american-dream-today-3306027 will be interesting to you. Hope to hear from you again.