America Is an Artifice

Home America Is an Artifice 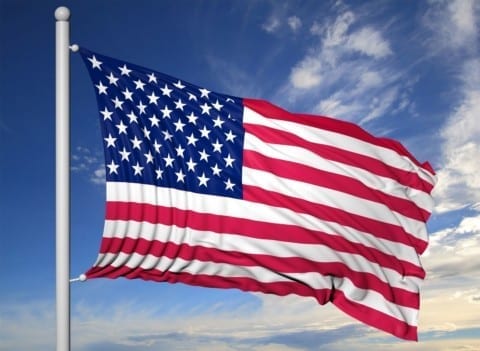 When it comes to the topic or concept of “America”, most people think of “living the dream” or “the greatest country in the world”. Will McAvoy, a fictional news anchor from the show The Newsroom, gave a short speech when he was part of a panel at Northwestern in 2013. During this, he was getting asked lots of questions by everyone in the crowd but one of them he gave a great response to. A young woman in the crowd asks him a question about America and he goes on a 3-minute rant. According to [Denial is the Heartbeat of America/Will McAvoy], “American” means a “fake” country because as he states in his rant, “  And you—sorority girl—yeah—just in case you accidentally wander into a voting booth one day, there are some things you should know, and one of them is that there is no evidence to support the statement that we’re the greatest country in the world”. What he means by this is that you could make lots of important decisions not only for yourself but also for this country and not really know what you are doing. The clip from “The Newsroom” addresses the idea that we (American citizens) are seeing a false reality. In this interview, he talks about this fakeness that we all experience and have to live through. Will McAvoy states “We sure used to be. We stood up for what was right!… We reached for the stars, we acted like men”. In other words, McAvoy believes that the America that we think we live in(land of the free, etc…) now is really what America was like in past generations the media and “fake news” did not control what people saw and believed. The speaker relies on lots of statistics and is invested/enthusiastic about the topic so he seems and is very credible. In my opinion, this source portrays America as “fake” or “two-faced”, which now that I have read this source I have found to be very true. Based on all of the statistics that he used and all of the comparisons that he made I now understand what he is trying to say.

Opposite from each other McAvoy defines America as a false reality, while Amanda Gorman in her “The Hill We Climb” poem states, “Where a skinny Black girl descended from slaves and raised by a single mother can dream of becoming president only to find herself reciting for one”. Amanda Gorman presented this poem at the inauguration of Joe Biden in 2020. She was the youngest poet laureate ever to give a speech at the inauguration, she was the youngest youth poet laureate at the age of just 19 and she became the first poet to perform at the super bowl. The ideas found in “The Hill We Climb” support the idea that although America isn’t “perfect” you should always look on the bright side of things especially when it comes to the country where you live. The line, “…And yet the dawn is ours before we knew it, somehow we do it” is a powerful message because it helps us learn that there is always a good side to all problems including the hardest of our problems. I think the poem “The Hill We Climb” by Amanda Gorman is mistaken because she overlooks all of the discrimination in the country and although it’s good that she looks on the bright side she still should acknowledge the fact that there is still discrimination.

In contrast “My Life as an Undocumented Immigrant” by Jose Antonio Vargas talks about all of the struggles and backlash that he faced when he “came out” as an illegal immigrant. Jose is a well-known journalist and he kept that he was an undocumented immigrant a secret for most of his adult life until we wrote an article about it published in the New York Times in 2011. “The Hill We Climb” talks about America as a land full of dreams and that you can try and achieve your goals, while “My Life As An Undocumented Immigrant:” argues that you can achieve your goals but there are some secrets and loopholes that you have to go through, so America isn’t the “perfect” place that it is sought to be. The examples found in “My Life As An Undocumented Immigrant” support the value that to achieve something in America you have to be part of this “stencil” person that is an American Citizen and doesn’t make that many mistakes. Here he talks about how he felt about his experience as an undocumented immigrant trying to become a “true” American, “…I felt I could earn it. I’ve tried… On the surface, I’ve created a good life. I’ve lived the America Dream. But I am still an undocumented immigrant”. Basically, in this quote, he is saying that on the inside he has felt that he has accomplished the American Dream but in reality and from most of the public view he is just an undocumented immigrant with no accomplishments.

The way that I view America is a country that 80% of the time moves in the right direction and makes the right decisions. That other 20% is always the worst of the worst and it is always more publicized than the 80% of the good work that we do as a country. It is also more frowned upon by the public even though most of the time America does the right thing. My experience as a Jewish teen helps me see “America” as this not-so-perfect country because of the history they have had with lots of minorities. On the other hand, I do believe that it is one of the best countries in the world because of all of the great movements that are started by the public; Black Lives Matter, #MeToo, and the gay rights movement, list goes on and on. These are a very important part of our country because they help bring attention to the issue that the government can’t. I find the arguments outlined above to be true, especially in my first source. I feel like what Will McAvoy said is what some Americans have boiled up inside them and some Americans are too scared to believe

Gorman, Amanda. “The Hill We Climb: the Amanda Gorman Poem That Stole the Inauguration Show.” The Guardian, Guardian News and Media, 20 Jan. 2021, https://www.theguardian.com/us-news/2021/jan/20/amanda-gorman-poem-biden-inauguration-transcript

The Newsroom, “Why America Is NOT the Greatest Country in the World, Anymore.” YouTube, YouTube, 26 June 2012, https://youtu.be/VMqcLUqYqrs