Amanda’s Characters throughout The Play

Home Amanda’s Characters throughout The Play 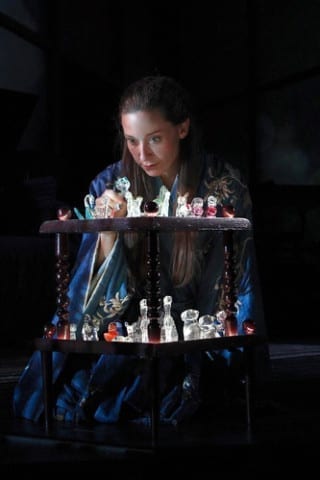 Amanda is a dynamic character her archetype changes over the course of the play. At the beginning of the play, she is archetypal of the mother. This can be seen in lines 29 to 31, where the author writes: “Amanda said, Tom?  Yes, Mother.  We can’t say grace until you come to the table! Coming, Mother.  [He bows slightly and withdraws, reappearing a few moments later in his place at the table”.]  This quote showed that she is a good mother and she teaches her kids manners and she only wants what makes her kids successful and respectable in life.

But by line 130, Amanda has begun to transform the archetype into a controller. This illustrates that Amanda is being so controlling because she started to check every single thing that her kids do. She suspected that Laura was doing what she was supposed to do. This led Laura to hide important things from her mother. In line 130 Amanda said to Laura, her second kid, “Walking?  Walking?  In winter?  Deliberately courting pneumonia in that light coat?  Where did you walk to, Laura”?

Amanda is no longer the person she was because when she saw that her kids were listening to her advice. She started to show her dark side that would even make them more confused about what they should become better persons.

On page #19th Amanda’s character changed because she started to show to upset her kids by bringing up their father’s discussion. In my mind, I think that’s what led Tomtom go out and smoke. This evidence can be shown in the following: Comb your hair!  You look so pretty when your hair is combed! There is only one respect in which I would like you to emulate your father”.

A reader might predict that the turning point for Amanda comes when she sees that her kids do not realize what is good for them in life. They think that she is only trying to control them because she has the ability to do so. This line indicates that: lines 10 Tom replied to his mother “I’m going out to smoke”. This showed that Tom did not even take on a bit of word that Amanda was saying.