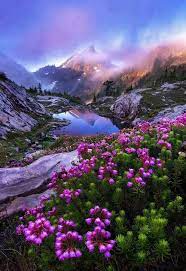 I chose this poem because it talks about how trying different things out doesn’t hurt. In my life I have tried different  sports , like basketball ,volleyball,  soccer and baseball. `The poem empowered me, yet, at the same time, made me numb.

A line that particularly makes me feel empowered is, “Each of us would be testing excellence and endurance .”  Numbness  arises for me when I read the lines, “becoming acquainted with a few of the ways / not to blame myself for failing to succeed.” What I know about the situation – what’s happening in the poem – is that  you shouldn’t give up, you should keep trying new things.

What I know about the speaker is that  he is the kind of person who does not give up. He is letting everyone know they have the right to try new experiences  and encouraging them to not be afraid to take action. This is suggested by the words “ already had begun his move. Beautiful, I heard a spectator say, as if something inevitable about to come from nowhere was again on its way.” The speaker seems to be speaking to the audience, or to someone afraid.

The poem revolves around several themes, including power  and not giving up.  If this poem were a question, the answer would be, ”people are shy or they don’t wanna be out there.”  If it were an answer, the question would be, “Why don’t people try new things, especially when they have the ability?”

The title suggests that there is always something more sweet. The poem’s form is a lyric . This form is a vehicle for the content of the poem.  If the poem were, say,  a  sestina , it would not guide me toward an understanding of its meaning.  A lyric expresses  the thoughts and feelings  of the poet.

This time I came to the starting place
with my best running shoes, and pure speed
held back for the finish, came with only love
of the clock and the underfooting
and the other runners. Each of us would
be testing excellence and endurance

in the other, though in the past I’d often
veer off to follow some feral distraction
down a side path, allowing myself
to pursue something odd or beautiful,
becoming acquainted with a few of the ways
not to blame myself for failing to succeed.

I had come to believe what’s beautiful
had more to do with daring
to take yourself seriously, to stay
the course, whatever the course might be.
The person in front seemed ready to fade,
his long, graceful stride shortening

as I came up along his side. I was sure now
I’d at least exceed my best time.
But the man with the famous final kick
already had begun his move. Beautiful, I heard
a spectator say, as if something inevitable
about to come from nowhere was again on its way.