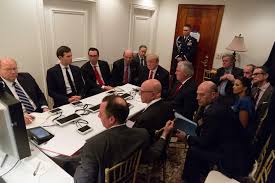 Despite the fact that the American Legislative Exchange Council (ALEC) claims that they “no longer work on social policy,” the Center for Media and Democracy expose that they are continuing to venture outside their subscribed fiscal motives and work to influencing social political policy issues with anti-abortion, anti-transgender, and voter suppression legislation. President J. Stuart Adams, Utah State Senate President,  served as the chairman of ALEC in 2021, the same year in which Utah proposed its first transgender sports ban in the state legislature. Adams stated that “we tried to do something similar to Florida and Mississippi” who’s state legislatures had successfully implemented anti-transgender sports bans. The Center for Media and Democracy also discusses how ALEC members were instrumental in the formation of the National Association of Christian Lawmakers (NACL), a more religiously centered version of ALEC that does emphasize social issues. This backdoor involvement in social political policy allowed for ALEC values to be pushed through model bills to state legislatures across the nation, which were backed and funded by anti-LGBTQ groups like Alliance Defending Freedom and First Liberty.