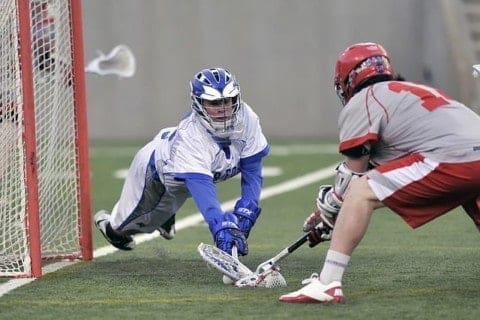 Throughout media you see advertisements everywhere: games, food, travel, shows, and alcohol. I’ve noticed alchohol commercials are prevelant throughout media. There’s so many of them. Recently, in alcohol ads, I’ve been seeing the company Micalob Ultra target athletes. The commercials of Micalob Ultra are probably the most commercials shown out of beer ads on the stations I watch, and being from a family with alcoholics it bugs me. Just the fact there are so many alcohol ads bugs me, but then to see them targeting athletes, and be overly advertised in sporting events; I don’t think it’s right. Alcohol companies should not be allowed to advertise to athletes, and alcohol should not sponsor sports. I’m going to go into how alcohol affects an athletes body to show that alcohol companies, no matter how low calorie, should not go after athletes.
Alcohol can effect your muscle growth, and recovery. “Long-term alcohol diminishes protein synthesis, resulting in decrease in muscle growth.” (Insidetracker) It can lower protein synthesis by 20%. It does this by dehydrating your cells, and it blocks important nutrients that are key to what your muscles do. There was even a study done by the University of North Texas. “The study followed 10 men and nine women, all physically active. All of the participants did six sets of 10 squats with heavy weight twice a week. Before the workout, the team took a muscle biopsy. After, the participants were given a tray of drinks – half had water, half had water-diluted vodka. The alcohol-drinking group consumed about six glasses of diluted vodka in 10 minutes. As they drank, the team took more muscle biopsies, one three hours post-workout, then again two hours later. The results showed the alcohol-drinking group experienced a dramatic drop in muscle growth – particularly in men.” (Daily Mail)
Alcohol also interupts your sleep, but there’s something important that happens during sleep! Alcohol messes with your sleep cycle, which in turn messes with Human Growth Hormone. This hormone helps with building and repairing muscle. Alcohol can decrease this by 70%! Something else I found interesting is our bodies can’t use the calories in alcohol. It can’t turn it into glycogen, but is treated like fat. It converts “the sugar from alcohol into fatty acids. As a result, alcohol consumption increases fat storage and can adversely affect your percentage of body fat.” (Insidetracker) Alcohol is loaded with calories. Drink aware states. “Because alcohol is made from sugar or starch, it contains lots of calories – seven calories a gram in fact, almost as many as pure fat!” There’s also a lot on the alcohol break after working out. It’s very common for someone to have a drink after a workout, but what does that do to you?
Alcohol reduces testosterone which is important for men and muscle building and this is also where we hit dehydration. Alcohol makes your trips to the bathroom more frequent. “This is because it acts as a diuretic, which can suck the water you have in your body. As you keep urinating, you will eventually feel more tired.” (1mhealthtips)
This is already a lot of damaging info, yet sports is advertised greatly at sporting events, almost religiously. Katherine Brown, director of the Institute of Alcohol Studies brings up a good point in an article from The Guardian. “It’s obvious that children growing up idolising sporting heroes with beer brands blazoned across their chests will develop deep-rooted positive attitudes towards drinking. It’s also obvious that high profile alcohol advertising via sponsorship deals work to normalise what is in fact an unnatural association between drinking and sport.” Alcohol advertisting is not a necessity in sports. It doesn’t affect how well sports do. “France has had a complete ban on alcohol advertising and sponsorship since 1991. Sport has not suffered and alcohol consumption has decreased in the past 20-odd years. Indeed, France even hosted the 1998 FIFA World Cup with this ban in place and enforced.” (The Conversation)