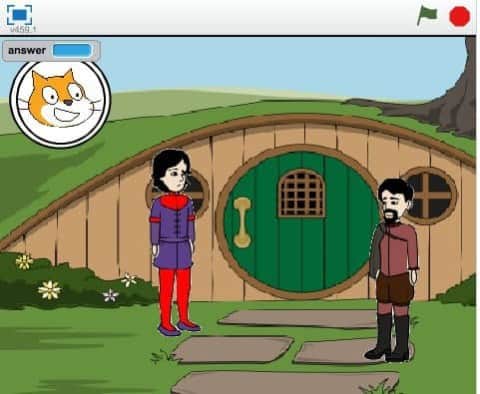 I’d like to tell you about my wonderful fairy tale project Aladdin. I used scratch to bring the story to life.This fairy tale is about a boy called Aladdin that is being used to get a lamp that will allow the person holding it to make any wishes because of the genie inside. Aladdin does get the lamp but he used it himself to get what he wanted. However the sorcerer got mad and wanted to take tall of it away. In my ending, Aladdin doesn’t get the lamp and he doesn’t make any wishes. Instead him mother betrayed him and went with the sorcerer a so Aladdin made them disappear. To make this project I first found a story and I chose Aladdin. I read the story through and found a part where Aladdin makes a big decision that could affect the outcome and I made a different ending depending on what the viewers choice Aladdin to do. I wrote my script and I did storyboards for both act I and act II. After that I started programming on scratch.

https://docs.google.com/document/d/1u7oBzd3FhdsjvofBDWRric-WHmS3o8Utfwaaq2VAe2E/edit
The reason for this link is to show the process of making this animation and what changes I made.