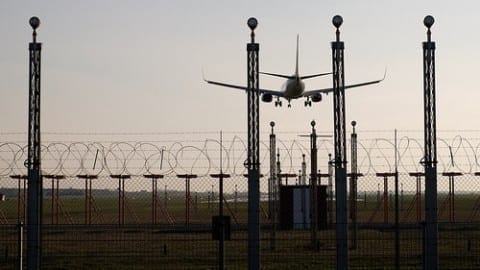 Anyone that has flown before has gone through the security checkpoint. We all know that you have to take all electronics and liquids (no more than 3 oz.) out of bags, remove our shoes, and place our bags on a conveyor belt that will transport all our belongings through an x-ray scanner, all while we step through our own little scanner that shows every part of our body and clothing. If something doesn’t look right, we’re pulled aside for a pat-down. But since the spring of 2017, those pat-downs have become a little more than the running of hands along a person’s sides to feel for concealed weapons. More and more people are filing reports against TSA agents, claiming to have been targeted and harassed from the moment they stepped into the screening area. Unions have organized strikes on air-travel, but for those that have no other choice then to fly, there seems to be nothing else they can do. The only option left is to examine the instances in which TSA has overstepped their boundaries and try to pass legislation that protects the people from having to endure this kind of humiliation and violation again,

After new security procedures were deployed following the 2009 incident when a man attempted to destroy an airplane by detonating a bomb sewn into his underwear, the American Civil Liberties Union received over 900 complaints within the month of November. Electronic Privacy Information Center even filed a lawsuit against TSA to try to get the scanners and pat-down procedures removed, but with no luck. Since this happened multiple other people have had to go through this act of violation, including children. A 13 year old boy was given a 2 minute slow hand pat-down all because he forgot to remove his laptop from bag before going through the security scanner. Elderly women have been pulled aside and essentially groped because they were wearing leakage pads. And for amputees, the situation can become even worse. While people who are missing limbs are generally treated with respect in security lines and told ahead of time what must be searched on them, breast cancer patients are not subject to the same courtesy. A woman in New York who had a double mastectomy and was undergoing reconstructive surgery was pulled aside after her tissue expanders were detected by the scanner. She was not allowed to show them her medical card and was subjected to a search that, by TSA regulations, was not legal as she told the agents that she was uncomfortable with them touching her breasts which were still very sore from surgery. Agents are also not allowed to touch a prosthetic that is a result from a mastectomy, but this has occurred with several women who lost their breasts due to cancer.

There are obviously problems with the U.S. security precautions. So the question is, how do we fix this? Perhaps the solution is to look at how other countries handle security threats. Israel has the safest airport in the world, but their policies aren’t always received well by people not used to it. Ben Gurion International Airport has armed guards stationed throughout the airport, asks guests pointed questions to gauge reactions, screens bags twice before allowing people through, and place labels on passports identifying who they consider to be high risk individuals. The U.S. has thought about implementing some of these policies in high-risk airports such as LAX, but the idea that most people would react badly to the security precautions keeps the laws from being implemented.

Hi Anika! I found your post extremely interesting because I hadn’t known just how many problems TSA was having. These are serious concerns and I appreciate you bringing them to our attention. Your suggestion to look to other countries for guidance and follow by example is probably the best way we can handle these issues in my opinion. If we implement what we know works somewhere else, the problems can be fixed without creating more problems. I have linked an article from the Washington Post below and I’m curious to see what you think of it. It outlines the recent airport security report of the inspector general, and things aren’t looking much better. I hope you find it as interesting as I did. Good job!
https://www.washingtonpost.com/local/trafficandcommuting/inspector-generals-report-questions-whether-airport-security-is-up-to-snuff/2017/11/09/bfc1f96a-c552-11e7-afe9-4f60b5a6c4a0_story.html