Air Pollution and the Environment

Home Air Pollution and the Environment 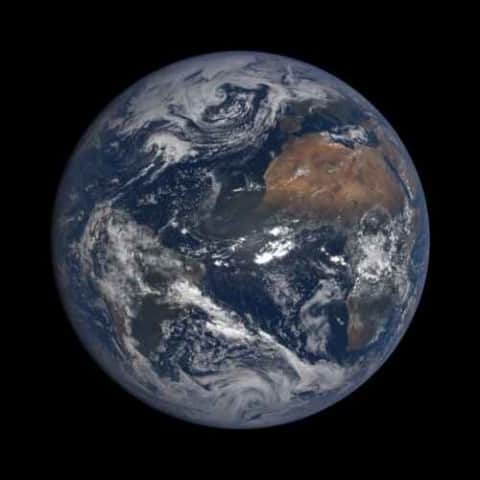 Cars and factories are what cause respiratory illnesses like asthma. To begin, in an article titled, “Air Pollution Controversy Swirls Around Oakland Army Base Development” by Grace Rubenstein, the article was about how a boy from West Oakland has asthma at a young age and it also talks about what are the main reasons that is causing health problems. The article stated, “ Jahvonn Mair was only 4 when he was diagnosed last year with asthma…Jahvonn lives in West Oakland, a neighborhood clogged with air pollution from the surrounding freeways and the Port of Oakland. Residents here are twice as likely to go to the emergency  room with asthma as people in Alameda County overall. They’re also more likely to die of cancer, heart disease or lung disease — all illnesses with known links to polluted air” (Rubenstein). Freeways has caused really huge impacts for cars, meaning lots of cars are always on it and freeways are mostly on top of neighborhoods or they are either really close to neighborhoods. Jahvonn who was really young who got recognized for having asthma is a resident to West Oakland where there is a lot of cars and people might think that it’s really polluted. When an area is really polluted, kids like Jahvonna are at really high risk of developing any respiratory illnesses because there lungs are barley developing and young children are not really ready to be exposed to harmful chemicals. The harmful chemicals are not safe at all for kids to inhale and even for older people but older people’s lung might be close to finish developing. A lot of youth are at risk of developing any respiratory illnesses and maybe some parents won’t know that their kids have illnesses until their kids start to have any symptoms of mostly breathing problems.

To continue, air pollution caused by cars and factories leads to global warming. This is true because both cars and factories release chemicals that are not acceptable to the earth which then ends up just hurting the earth and humans too. In an article titled, “Air pollution kills more people each year than smoking — but it’s not the only dangerous pollutant you encounter on a daily basis” by Aylin Woodward, the article has more than five pictures that shows ways that hurt/pollute the earth/world and each picture had its own description and shows a way how it pollutes the earth. Air pollution is usually caused by cars, factories, power plants and more, and those are made up essentially of carbon dioxide and methane. Once those chemicals are released they come together and trap heat which leads to global warming. (Woodward). Air pollution has always been a dangerous problem because like in the quote said that it causes global warming and that’s not healthy for the earth. Global warming is a serious problem that is caused by the products we use everyday, and it’s technically our fault there is global warming and children are getting illnesses caused by air pollution.  The fact that air pollution is causing global warming shows that cars and factories are the main products in Oakland that is causing types of problems and that’s something that may be fixable or not. If it is not fixable then that means cars and factories has caused permanent problems to the earth that then affect humans in any type of way.

What Is Global Warming? https://www.livescience.com/37003-global-warming.html

https://www.businessinsider.com/types-of-pollution-health-effects-2019-3#industrial-manufacturing-and-mining-operations-are-a-primary-source-of-groundwater-pollution-often-industrial-waste-contaminates-the-water-with-arsenic-lead-mercury-and-chromium-6-all-known-carcinogens-23 Air pollution kills more people each year than smoking — but it’s not the only dangerous pollutant you encounter on a daily basis

Hi Jimena,
I think this topic that you addressed is one that everyone should pay attention to more. Air pollution is getting worse and worse and I agree with everything you say about it in this article. You talk about how it causes it a lot of illnesses, and it is true. Air pollution can be detrimental to our health. Here is a link to all of the different types of health effects that air pollution has on people: http://www.sparetheair.com/health.cfm My favorite line in your article was how ” the earth is basically depending on us to change the way we live and reduce global warming.” I thought this was very powerful and I agree with you one hundred percent. People need to start making a change because the Earth is literally depending on us, and only us. I am very sorry that the pollution in Oakland is so bad. I live in Utah and we also have very dangerous pollution and really bad inversion. It is horrible and we all need to start contributing to make a change. Your piece was very nicely written! Great job!

Dear Jimena,
I think that I is very important that you chose just an important problem. I also love that although you talked about how our city is hurt more, you also talked about how the whole world is impacted negatively. I think that when you assert that “Residents here are twice as likely to go to the emergency room with asthma as people in Alameda County overall. They’re also more likely to die of cancer, heart disease or lung disease — all illnesses with known links to polluted air” it gives a better perspective of the problem and it helps you warn the reader that if nothing is done to solve the problem, then it can become very lethal. Also in the article titled Mike’s Record on Climate, it states that “Mike created America’s most comprehensive urban sustainability plan, which reduced New York City’s carbon footprint by 14%, expanded solar power, eliminated dirty-burning heating oil, and achieved New York City’s cleanest air quality in more than 50 years.
Mike’s mayoral administration planted 800,000 trees and added 850 acres of parkland.” I personally think that this is a great start to helping the environment. I would really like to know how you feel about this plan and what you think has to be done in order to save our planet. Do you believe that what Mike is doing is enough and what do you think that should change in Mike’s plan? What should we, as residents, do in order to help solve this problem. Thank you from taking your time to write this article. I was actually very entertaining and it made think a lot, which i loved.