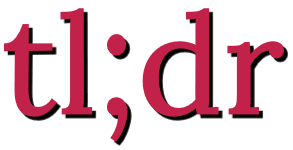 This guide starts with a screenshot of what we are asking you to do with the AI Mojo plugin after you choose an article and write a summary yourself. Scroll below to see an example of the four sections you could include in your post: Citation, My Summary, AI Summary, and My summary and the AI summary

Hint: See the EasyBib style guide for help with formatting

I almost hate being reminded of the details of this shooting, such as the awards ceremony and the end of school traditions in the first paragraph. That’s so crazy that 911 was called when he was shooting after wrecking his truck in a ditch outside of the school. And then they couldn’t stop him from going into the school? This feels incredible to me. 77 minutes passed before they finally got into the classroom and killed the shooter.

After recounting the details, Megan Gates turns to a description of an interim report about the shooting that was released in July 2022. She quotes the report which lets everyone off the hook and points, instead, to “systematic failures” and “poor decision making” — as if people don’t make up systems and as if there are not people making the decisions.

Then there are plenty of other eyebrow-raising facts listed. One that I *love* is that the school “suggested circumventing” the locks on the back door so that substitute teachers who didn’t have keys could get n and out of the building. Such logic is typical in schools. It would have been so hard to get them keys?

And what is this about “alert fatigue” and high-speed chases where migrants flee? What?!

There is excuse after excuse listed in this article about the report.

Oh and I was a little worried about what I had just read when I saw at the end that this was published by an agency that helps schools in “site hardening for soft targets.” There is so many questions I have now.

A memorial of flowers adorns a welcome sign at Robb Elementary School in Uvalde, Texas, where an attacker killed 19 students and two teachers on 24 May 2022. The Texas House of Representatives created a special investigative committee to determine why it took 77 minutes for law enforcement to breach the classroom and kill the attacker. The committee found that the school had a policy for responding to an active shooter, but did not adequately prepare for such an incident. They also found that alert fatigue caused by frequent “bailouts” may have contributed to a lower sense of vigilance when responding to security alerts, as well as poor access to the internet and cell phone service coverage. Furthermore, the committee found that first responders did not prioritize engaging the shooter, as they should have, and there was no one to take charge of the scene. By understanding these systematic failures, security professionals can better prepare for similar incidents and mitigate their impact.

A quick How-to on TL;DR summarization

My summary and the AI summary

After writing my own summary, I was pretty surprised by the “just-the-facts” summary of that AI produced. I can hardly believe the the actual report as bland as this and lets everyone off the hook. Maybe I just need to read the report myself. And I’d like to see more about how the parents responded to the report. I can just imagine. Still, there’s no mention in the AI summary about the possible biases of the people who published this article. Would that have been so hard to include in a summary?

When I re-read my own summary, there’s a lot of emotion–frustration and anger–there. And I don’t at all apologize for that. In fact I’m wondering how this reporter can be so passionless about presenting these facts.

Oh, I have a lot of questions now. Some start with the whole rationalization around the frequent “bailouts” involving migrants running away from law enforcement. It just makes clear that it matters that this happened where it did. And, you won’t be surprised to hear that I want to know more about the people involved. WHO made up those systems? Who made poor decisions? And how are the parents feeling about those people. I vaguely know answers to these questions, but only like headlines in the background. I’d like to investigate this further. AND… I want to learn more about the different kinds of solutions that have been proposed. Again, in the background, I’ve heard people talk about hardening of schools, and I’ve heard others talk about how we need the opposite. I’d like to look into the different positions people have about these matters too. Just a few questions.