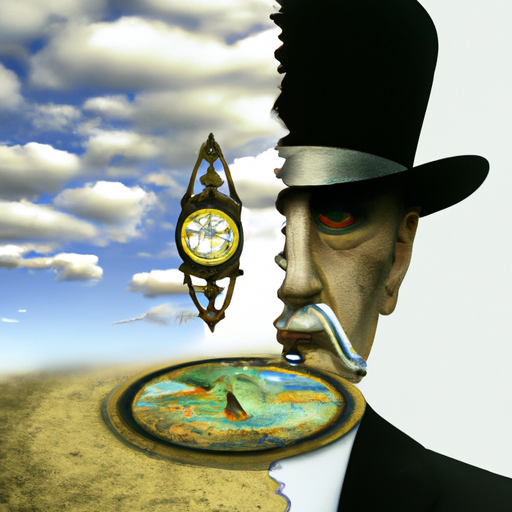 In the article, it is explained their career of Swift and explains how ‘Midnights’ is the highlight of her career,  mixing the styles of her previous sounds in her discography Taylors goes Safe, and at the same time she still feels fresh and innovative. The album is deep in its lyrics showing the depth of Swift and how she sees herself as a villain. It also explains for a while the importance of the producer Jack Antonoff and the collaboration of Lana del Rey in the Album. In the conclusion, they speak of the inspirations in the album and the future of it in the stadiums. To this, the article says: “There is, perhaps, a slightly more cynical read to the sonic choices on “Midnights”: Swift hasn’t toured since 2018, after “Reputation.” The songs from “Lover” have never seen a big stage (and the songs from “Folklore” and “Evermore ” largely weren’t designed for one). “Midnights” feels like a sonic placeholder, with stadiums in mind.” which makes a lot of sense. Finally, it also mentions the idea of Taylor going back to the country genre. In conclusion, the article talks about midnights in a positive way, not ground-breaking, but still a solid diverse project.  This album has some similarities with the prior Taylor Swift album “Lover”. We see Taylor at her best but not at her most original. She seems ready to tour.

Taylor Swift’s release of “Midnight” has been highly anticipated and generally received with glowing reviews. This marked Taylor’s first musical work since 2017’s record-breaking album reputation, and expectations were high for the singer-songwriter’s return. The track is an interesting expression of her ongoing experimentation with new sounds, introducing a dreamy, synthy pop flavor to her distinctive songwriting style. Musically, lyrically and thematically, it’s easy to see why the single has been met with such praise from both fans and critics alike – it’s a powerful testament to the strength of Taylor’s influence in the music industry.

What Did I get out of the AI

What biases seem evident is what is and isn’t in the AI summary.

It seems to simply as much as it can. It leaved details on inspiration and specific details about the personal tone of the article or strong opinions that it had

What do I notice about my own viewpoint after comparing it to the AI summary?

I think I was trying in some kind of way to quote the article. I was making allusion to specific points in it and things that I found interesting more than the overgeneralized idea.

What questions do I have about the original articles?

I think it left me curious about the opinions in the sound on the album as it felt intentionally pretty vague and kind of afraid of making a strong take on the sound as they would be afraid of losing of the general message of the article.

What questions for further research do I have about the issues raised by these articles?

What will do Taylor Swift next? What song will she sing on tour? What sound will her next project have? Is she going to hold the relevance she has nowadays or is that ever going to decrease?

I like the topic and the summary. I think in your summary you use lots of opinions and you reference different parts of Taylor Swift that aren’t mentioned in the article. You talk about her style when you talk about “Taylor going back to the country genre”.This is something the AI wasn’t able to do. I had similar experiences in AI where it would only state facts.

Very good summary Nico, the formatting looks great. I like how in the summary you analyzed the significance of Taylor Swift’s albums in her career. The AI summary is not as detailed as yours and covers much less detail about the music of Taylor Swift. My experience with AI was similar as it would quote certain parts of my article but had little bias.

Nice Summary Nico. I really liked how you go into depth about the album and its inspirations. The AI’s summary had much less background information and depth than yours.

Nico, I enjoyed reading your summary of the article, especially how you analysed the different albums Taylor has released and their unique sounds. I agree that the AI seems to leave out personal and specific details that would add more perspective to the summary.