Afghanistan and its War

Home Afghanistan and its War 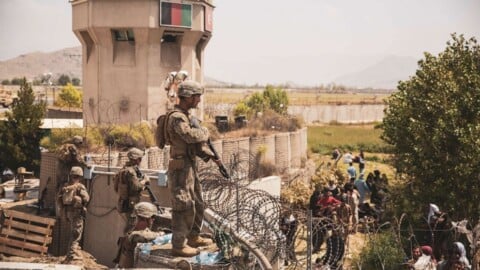 In the article, “Stuff YOU Should Know” The Taliban has been taking over cities in Afghanistan after the United states and its allies pulled their troops. Women fear the Taliban because they believe that they won’t be able to have human rights. About 2.9 million people have fled their homes since 2020. There have been many children that had suffered from malnutrition and many people are experiencing the Covid pandemic which makes this situation more dangerous. There have been 12,000 people that have been evacuated since August 20, 2021 and most of them are the people that are at risk because they were translators, government workers and human rights activists. Countries have been accepting people from Afghanistan including the United States which they are accepting 10,000 refugees. They gave Special Immigrant visas for those who worked closely with the United States in the war.

I can’t imagine the fear that these people have about everything that is going on in their country. Them thinking about the things that can happen to them if they are not able to leave the country. It’s sad how the children have to go through this and aren’t able to live a peaceful life.