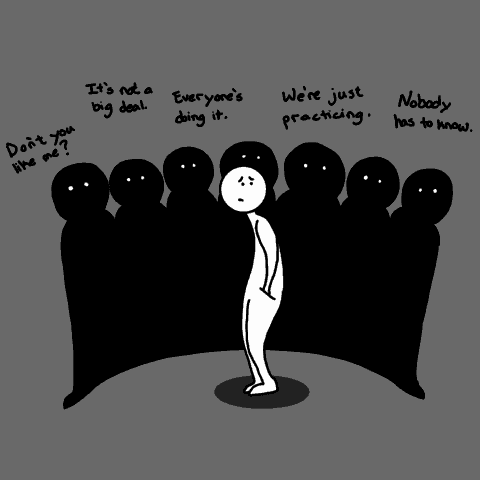 I hope that this video would continue to raise awareness of the dangers people are facing outside, because of sexual harassment. It has become scary for a young woman to go outside alone, because of all the high rape and crime rates. And I’m sure many people could relate to this, since one in five women and one in 71 men will be raped at some point in their lives.(https://www.nsvrc.org/statistics)

Since sexual harassment is common in public transport, it’s hard to go alone without having any fear of being a victim of sexual assault. Rates of being harassed are only increasing, which is not good, and no one is doing anything. :(( It’s difficult to solve this problem; the only thing we can do is stand up to those who were harassed. People have started movements to fight for a stop to sexual harassment, so hopefully by continuing to raise more awareness of the issue, more people will join the fight.