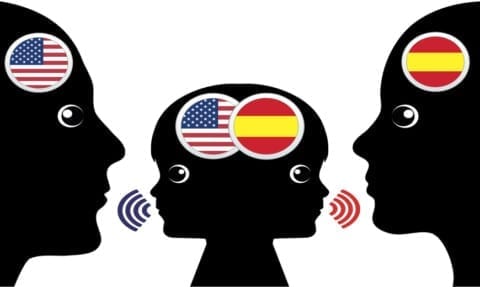 Although English is the dominant language in the United States and throughout the world, there are over 6,500 languages spoken worldwide. Language is an integral part of everyday life, as it allows for communication and expression of emotion. This art of language can take many forms such as speaking, writing, and reading. While the practice of one language allows us to benefit from its values, the utilization of two or more languages strengthens brain functions and enhances critical thinking capabilities. To prove this effect on the brain, there have been many studies regarding how the knowledge of multiple languages can expand a person’s intellect. In the United States, a rising twenty percent of people are bilingual. These people share an expanded knowledge and brain function due to their linguistic capabilities. Multi-language speakers are seemingly placed at an advantage, because their bilingualism enriches their brains and, thus, their critical thinking abilities.

Everyday duties, especially ones involving problem-solving, are made easier for those who are bilingual because of their inherent ability to remain attentive and to complete multiple tasks at once. In the United States, “about 1 in 5 children…speak a language other than English at home” (“Bilingual Effects in the Brain”). While this number increases, concerns rise about bilingualism promoting confusion in linguistics. In recent studies, though, these children have proven to have a superior executive function of their brains, making their problem solving abilities prominent rather than confusing. These numerous studies demonstrated that “the bilingual experience may help improve selective attention by enhancing the auditory brainstem response,” claiming that multitasking is made easier because of their capacity to focus on important sounds rather than background noises (“Bilingual Effects in the Brain”). In addition to the focused and selective hearing of bilingual people, they also possess the capability to think more intelligently in problem-solving situations, allowing them to fulfill particular tasks that present more difficulties. Bilingual thinkers hold “the ability to ignore competing perceptual information and focus on the relevant aspects of the input,” called inhibitory control, which reflects their cognitive control to switch from task to task while still maintaining utter focus (Marian & Shook). The brain’s ability to respond to only the most important aspects of a task will not only assist bilingual speakers in school, but also in the working and outside world by allowing them to complete more tasks with amplified efforts and urgency. Along with an expanded cultural awareness, “the cognitive control required to manage multiple languages appears to have broad effects on neurological function, fine-tuning both cognitive control mechanisms and sensory processes,” a neurological function that further advances the brain of a bilingual speaker beyond that of a monolingual speaker (Marian & Shook). Because of a constantly advancing technological world, the capacity for brain study has allowed scientists to prove these speculated theories that reap the values of the bilingual population. The benefits of bilingualism appear to put these students at an educational advantage compared to monolingual speakers because the brains of those who speak multiple languages have been expanded since they were young, allowing them to endure conflict and focus on important details rather than the distractions embedded in the world around us.

The innate advantage given to bilingual speakers at a young age due to their proficient understanding and more complex brain functions facilitates their future endeavors by strengthening their ability to endure conflict in the world. These enhanced brain functions of bilingual speakers can encourage future generations to educate their children in multiple languages. While only about twenty percent of the United States population is bilingual, this number can be greatly increased by the efforts of future generations, thus enriching the intelligence of the generations that follow them. While learning a second language is more difficult for children who do not have bilingual parents, this acquired knowledge can still benefit them greatly. It is important to not only stress the importance of language in the world, but to also maintain the upward trend of bilingualism in the nation in order to intensify the intelligence and advancement of the United States.

“Bilingual Effects in the Brain.” National Institutes of Health, 7 May 2012, https://www.nih.gov/news-events/nih-research-matters/bilingual-effects-brain. Accessed 12 November 2020.