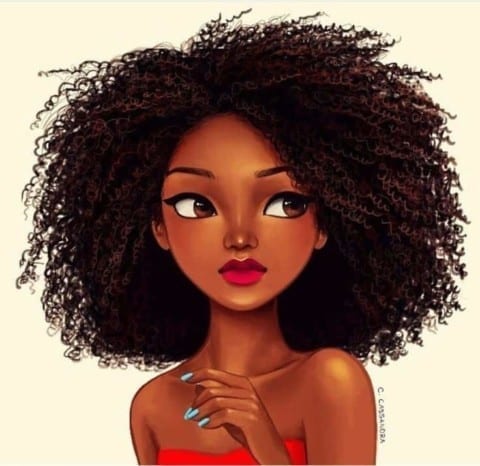 Are Black Children Forced to Grow Up Faster Than White Children

YES Black kids are forced to grow up quicker than their white counterparts- that is, they are seen as adults much sooner than white children. Most societies afford children special qualities and privileges, innocence being chief among them-this is a privilege not extended to  black kids, This may sound absurd, after all, children are children and everyone ages at the same rate- no one is 18 until they’re 18. However society has forced black children into adulthood well before their time.

According to research published by the American Psychological Association, black boys are perceived as older and inherently less innocent than their white counterparts. This has huge and sometimes violent and deadly ramifications, when police show this same bias. In the study 264 mostly white female undergraduates rated the innocence of people- infants to 25 years old. When the kids were nine years or younger, no matter the race, the level of perceived innocence was the same. However when kids were 10 years old, the average age of black boys was overestimated by four and-a-half years (Phillip Atiba Goff PhD). They also were rated as less innocent. The reason that seeing kids as older than they are is harmful is that, society understands that adults can be held more responsible for their actions and that kids may not understand the extent of what they’re doing, or may not have been able to control themselves. When this same courtesy is not extended to black children, they are left looking more responsible. The special brand of understanding and compassion reserved for kids that doesn’t go to them, leaving  them vulnerable in the worst possible ways.

The adultification of black children is also evident in the justice system by the amount of black children tried as adults. According to WNYC |New York Public Radio, about 68% of all the minors prosecuted in the state of New Jersey had their prosecutor request to try them as adults (Sarah Gonzales ).

Outside of black children being tried as adults, even when tried as the children they are, they are given harsher and longer sentences than their age mates of different races. They are also disciplined more harshly in school settings. Even in preschool, children aged around four year old, black kids, although they make up only 18% of the preschool population, make up nearly 50% of out of school suspensions(NPR). This again shows that even at tender preschool ages, black kids are somehow more responsible for their actions. That every infraction, no matter the size, committed by a black child had malicious intent behind it.

By not being afforded the luxury of innocence, black children are having their childhood effectively taken from them.

“Kids in Prison: Getting Tried as An Adult Depends on Skin Color.” WNYC, www.wnyc.org/story/black-kids-more-likely-be-tried-adults-cant-be-explained/.

“Racial Inequality in Youth Sentencing.” Working to end the practice of sentencing children to life in prison without the possibility of parole, fairsentencingofyouth.org/the-issue/advocacy-resource-bank/racial-inequality-in-youth-sentencing/.

who is this kid?

Of the ancient Cheelz Dynasty

I literally jerked off to this

Hello Ariel, your article was creative and very original. This topic on how our culture is criticized and sterotyped could go even further. This was a great way of putting what you know and what people dont look at on the radar. Keep writting about what you believe in and other people will soon spread your word too, nice job.

Ariel(:
I love this post!! I have never looked into this topic specifically, but coming from an African American background, I have often times wrote about how my parents have instilled in me from a very young age that I will always have to present my best self and try ten times harder than other people. I do believe that African Americans are perceived as more violent/more accustomed to violence than other races, which is a fact proven in almost all of the articles you’ve mentioned. Similarly related, have you ever heard of the Implicit Attitude Test (IAT)? I think you would be very interested in this topic here are some FAQ’s about it https://implicit.harvard.edu/implicit/faqs.html it is a study currently being done by multiple schools around the nation, but this case is at Harvard. They show pictures of different people of different races, and then you have to coordinate that picture with a word. It’s very interesting, and the results show people’s bias towards different races and different looking people. I think you should definitely take a look at it, and have some of your friends take the test!!

Hi Ariel!! I love your article on this topic!! I’ve never looked into this issue or even thought about it before. Obviously we all know equality exists but looking at it as it starts existing is really interesting. I think it’s really awesome that you are passionate about this topic and did enough research to know what exactly you were talking about. I also believe this exists in our society. I think this has something to do with the stereotypes that we either inherit or learn as we grow up. I found this article that discusses the ‘adultification’ of black americans that I think you’d like! (https://www.usnews.com/news/blogs/data-mine/2015/01/05/black-americans-have-fewer-years-to-live-heres-why) Keep doing research on this topic and see how it effects your own life and school. I hope you write again soon.