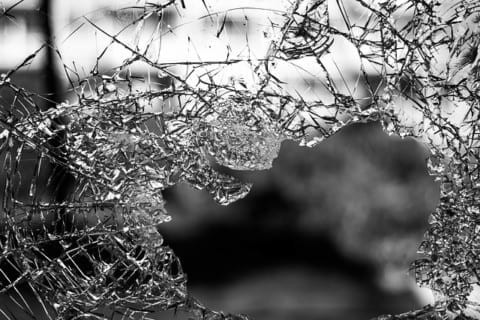 At a very young age, I have been around an addict of alcohol and cocaine.

I never thought in a million years I would grow up with it tainting my childhood. The addict was my brother and it has been hard to try and move past what happened. I saw side of my brother that I never knew. I knew a good man that loved to work and provide for his family. He would take me and my nephew to the Rainforest Cafe that is in downtown all the time. Alcohol and drugs ruined that.

To be honest, I never knew of my brother’s cocaine addiction until he was forced back home in his mid 20s or so. He lost his job and his home to foreclosure. He also lost his family when his wife decided to leave and take my nephew who was 5 to Mexico. It would be about 5 plus years until my nephew would return from Mexico. My brother was in a really dark place. He could not hold onto job for more than 5 months at a time so he turned to alcohol. Fast forward to when I was 8 or so my brother was in a toxic marriage that the only thing good about it was my nephew who is now 16 years old. I remember him drinking a lot and coming over to my home whenever he would be in argument with his wife. But, one argument I remember  the most was because he was so drunk and angry at his wife that he flipped the kitchen table in my home. Everything that was on the table went flying everywhere.

It hurt me to see all my mom’s things on the floor broken because my dad works so hard to be able to provide for us. This was when I realize how out of control he was becoming due to this marriage and alcohol. Then, I finally encountered how my brother was a cocaine addict. It was the day I had to call 911 for the first time. I don’t remember how old I was but I was in middle school. I remember be woken up at 2 morning to sound of someone pacing the hallway and all the lights were turned on. I got up out of bed and my sister was already in my hallway. My brother was out of control. He was running the hallway of our small apartment. He had no shirt or shoes on. My parents were trying to calm him down because when he is high he becomes paranoid. He starts to get delusional and thinks that someone is after him trying to hurt him. He hurt himself by running into our heater. The metal cut him and all I saw was blood.

This was the day that I made my first 911 call. My family was screaming at me to call 911 because I could see in their eyes they could not control him anymore. My parents and two siblings were all on top of him trying to stop him from getting up. I called 911 and said crying for help that brother was acting crazy under the influence of alcohol. I will never forget it because this is not what I expected would be the circumstances of my first call to emergency services.

I cannot forgive and forget. Cocaine is a vicious drug that takes a toll on its user. The user takes it usually by snorting it through the nose. But, most do not know the consequences of it. You will suffer from nose bleeds and nerves in the nose will be burned. It will hurt your breathing and allow you to smell well. Also, you will constantly inhaling like if you have had a stuffy nose with mucus.

Drugs are never the answer to your problems. It only makes it worse speaking from someone who has seen the pain and heartbreak an addict can do themselves and their loved ones. It cost the relationship I used to have with my brother. I still have a lot of resentment and anger against my brother but,not just because of his drug and alcohol addiction. He disrespects my parents and for that I rarely speak to him. I can’t have a normal conversation with him because everything that he did flashes back. I can not stress enough that if you are an addict or knows someone who is one seek help for them or yourself. There is always way out to the brighter side.

The struggle with knowing someone who’s a drug addict is the worst, especially if they’re family. My dad is addicted to benzoylmethylecgonine, also known as cocaine. It has been hard as a child and as a teen. Personally, I think it affects you a lot more as you grow older. I agree with you because once you start a drug that is easy to get addicted to there’s no going back, unless with the help of people who understand. Rehab facilities are great places for addicts.

A few years back, I had a similar situation, older brother as well. Except it was Acid, also causing havoc, and generally causing mayhem. No one can control nor really oppress the actions of someone who’s allowed themselves to be overtaken by drugs.