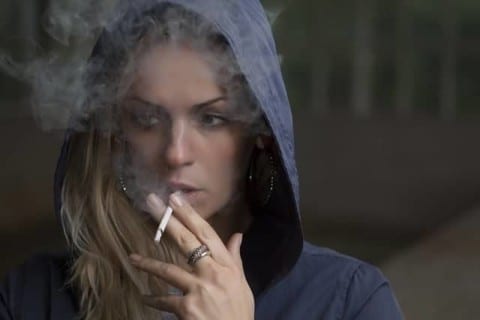 I feel interested this article because it says that when it comes to “alcohol, tobacco, and hard drugs, most people who use marijuana can stop taking it when they want, while experiencing only minor withdrawal symptoms.” But the best thing about taking marijuana is that you are able to stop not like the people that drink alcohol or other types of things. This matters to do that all they do is smoke because they could stop if they want to. One time my sister and I stopped a man to ask him if he drinks, and he told us that he does and he had tried to stop but he couldn’t because his body was to used to it.

One sentence from this article that stands out for me is: “This means that if a person starts taking heroin, meth, or cocaine, that person’s body will physically need to keep taking the drug. If they try to stop using the drug, they may become very sick.” That is the worst thing about drugs that people will get addicted to it and will not stop using it. This matter to a lot of families because they don’t want their kids to get addicted to drugs at a young age. Something that I remember is when my brother started to smoke. We all were mad at him in the family because we didn’t want him to be addicted to the drugs.

I’m pretty sure this is accurate because in “Understanding Addiction Cravings” it says:

“People who have addictions often have to deal with strong urges, or cravings, to take the drug again. Cocaine addiction produces very powerful urges that can easily drive a person to use again and again – regardless of cocaine’s many destructive consequences.” Rehabs.com

Another sentence that I agree with was: “Some hashish users like the feeling of these visions and thoughts, while others may find them scary. However, people rarely get hallucinations after smoking or eating cannabis.” This stood out for me because Most of the people smoke because they like it not because they have to do it or they going to things at home. This really matters to the teens that are smoking life because they don’t want their kids to be on those types of things. My friend told me one time that her mom used to get mad when she used to go home high.

I double-checked this fact through Cancer Research UK http://www.cancerresearchuk.org/about-cancer/cancers-in-general/cancer-questions/does-smoking-cannabis-cause-cancer#evidence They recommended that, until we have more definite evidence, doctors should warn people of the possible harmful effects of marijuana smoking which makes me feel pretty sure that it is true.or shown that smoking marijuana causes lung cancer, even in people who smoke a lot of marijuana for a long time.” I think this statement is not accurate, because of what I found in Cancer Research UK, where it says: “In 2006 a systematic review looked at marijuana use and lung cancer risk. Although they could not find a significant link between marijuana and cancer, the reviewers reported that smoking marijuana increased tar exposure and caused changes to the lining of the small tubes in the lungs.” Read more at http://www.cancerresearchuk.org/about-cancer/cancers-in-general/cancer-questions/does-smoking-cannabis-cause-cancer#evidence

Keyla, I agree with your stance on marijuana. Medical marijuana must be implemented into our lives, as it truly helps people with health issues, although the smoke does have a contirbuting factor into lung cancer. This will also stimulate our economy as jobs will be created and tax income will increase.

I agree with what you are saying about cannabis. I believe that marijuana’s greatest quality is its medical capabilities. While it is illegal, even for medicinal use, in my state, many people I know buy medical marijuana, and they believe it truly helps them.

I really liked your writing. You showed a clear thought process, but i agree with Luis that you need to check your spelling and add a bit more information.

I am impressed about your post “ Addicted to drugs “ because I need information about people who use drugs in their lives . I also need to see how their reactions are towards the drugs.

One sentence that stands out for in this post “Some hashish users like the feeling of these visions and thoughts, while others may find them scary. However, people rarely get hallucinations after smoking or eating cannabis”. This stands out for me because I have seen and heard from people that the feelings and thoughts.

Another sentence that stands out for me in your post “this means that if a person starts taking heroin, meth, or cocaine, that person’s body will physically need to keep taking the drug. If they try to stop using the drug, they most likely become very sick.” this stands out for me because people do get sick when they don’t use the drug they are addicted to .

I do agree with u that the 2 sentence you chose is very important and it stands out a lot because people in 2016 this summer are going thru this horrible condition where teens get sick when they are not using the drug they are addicted 2.

Thanks for your writing. I look forward to seeing what you write next because your post makes sense. What will bring me back to see more about your personal thoughts if you will be clearer in your post and fix your spelling? I also think that u should add more information to your post.

I would agree with you Luis…those two sentences really stand out.