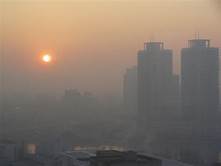 Though there have been many proposed solutions as to combat certain doomsday scenarios when and if they come about, there does not seem to be much follow-through afterwards. As helpful as these resolutions could be, there is no point to any of them without action. I in fact came upon a certain article that discusses these exact situations at great length and have many proposed plans that could, in theory, save the world, with some of them already becoming reality. Among these solutions are ways to combat solar storms, asteroid collisions, and super volcanoes.

The most compelling of all the proposed solutions is that of the asteroid impact, as it actually talks of a collaboration between NASA and the European Space Agency on a project known as AIDA (Asteroid Impact and Deflection Assessment) where they are creating efficient ways to test out the impactor method, which is where space ships with high-powered rockets would intentionally be rammed into the asteroid to attempt to change its direction away from Earth’s surface. In fact, they are planning on trying out this solution as a test run in 2022, when an asteroid known as Didymos will pass close to Earth. In addition to this, scientists are also designing an ‘enhanced gravity tractor’ which could decrease the mass of an incoming asteroid. However, this mission is facing funding issues as of recently, and needs to be able to get back on track by 2022 in order to successfully test out these methods.

After conducting more thorough research in this particular area, I came across an organization that seems to take the issue of human extinction in a different direction compared to everything else I have come across. Their group is called the ‘Voluntary Human Extinction Movement’ and their goal is to try and get people to gradually stop reproducing so that we all naturally die out one day. In addition to this, they want to incorporate all the other plans that help save the Earth along with the rest of the species that inhabit it, so that the planet may continue on for they years to come. Though I found their viewpoint initially strange and counter-intuitive to the idea of efforts that combat human extinction, I realized that they were right in some aspects. By gradually weening off reproduction of humans and lessening our usage of fossil fuels, we would actually be allowing future generations to live more prosperous lives. Less people allows for more bountiful resources for the people who are actually alive, and cutting down on fossil fuels to stop pollution would not only increase human lifespans, but also allow the planet to further exist. As weird as their goals sound on the surface level, they could actually be very beneficial if put into practice.

Although humanity is trying to cut down on pollution and over-consumption of general resources as a whole, the damage has already been done. Pollution in air, water, and land is nearly inescapable wherever one chooses to go on the planet, and many harmful practices continue to exist in countries where it is deemed to be legal and okay. And considering that most experts only give humans around 20 years to right their wrongs, things are looking pretty dire in terms of backtracking global abuse. But because of humanity’s ability to persist and come up with new and ingenious ways to combat issues that arise in their way, who knows what could happen in the future. Things that were thought impossible a  mere few decades ago are now a reality, and the same could come of our solutions combating the end of people.