Accusations and Due Process

Home Accusations and Due Process 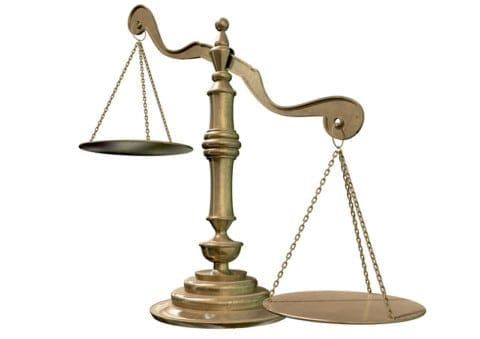 Sexual misconduct has been a problem forever, but has only come to light in the last 20 years. There’s a long history of women not reporting sexual misconduct, out of fear of not being believed. In this era of the Me Too movement, women are encouraged to speak out, and to say this is a good thing would be an understatement. In our desire to believe women, however, we shouldn’t forget that people who are accused still deserve due process.

There’s a couple of high profile cases that serve as reminders to us to be thoughtful and not jump to conclusions. In 2014, Rolling Stone magazine published an article that described a gang rape at acolledge fraternity at the University of Virginia. Outcry from the story led to UVA suspending the fraternity. The entire account turned out to be fictional, and Rolling Stone retracted the story and issued apologies, and the accused ended up winning a defamation lawsuit against Rolling Stone. “The Columbia Journalism Review called the story ‘this year’s media-fail sweepstakes’”

Even more notable was the Duke lacrosse case in 2007. Three members of the Duke lacrosse team were falsely accused of rape. The three players were arrested and charged with rape. Many in the media and school administration assumed the players were guilty, but the case unraveled, and the district attorney was disbarred and went to jail for misconduct. North Carolina Attorney General dropped all charges and declared their arrests “a tragic rush to accuse”. Why were people so quick to believe this story, you might ask? It had elements of privileged athletes, toxic masculinity, and racial injustice. They made the story compelling, but they didn’t make it true.

Hi, Jackson
I agree with your views. we know there are plenty of stereotypes and females are doomed to be unequal to males in our society. Women always suffer more prejudice and discrimination no matter in the past or the current. This is an unfair world we have lived in. Fortunately, women began to stand up and our community is changing gradually. Here is the link that you may be interested in: https://educators4sc.org/teaching-about-gender/?utm_campaign=Teaching+About+Gender&utm_medium=ppc&utm_source=adwords&utm_term=gender%20equality%20rights&hsa_tgt=kwd-297763724342&hsa_mt=b&hsa_acc=2755491261&hsa_grp=84252379917&hsa_ver=3&hsa_src=g&hsa_cam=8149123573&hsa_net=adwords&hsa_kw=gender%20equality%20rights&hsa_ad=397879296689&gclid=Cj0KCQiAmZDxBRDIARIsABnkbYQexx0YTrb9kvnNlgLqaYHYb83iAs-co0BZA2UIcBiel9Bcd3JZAqsaAp5_EALw_wcB