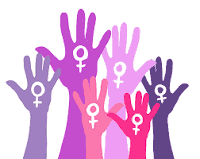 Today in politics, the most difficult compromises are decided over issues regarding the morality of different people, groups, and communities throughout the world. In the United States specifically, the subject of abortion is widely disagreed upon between the two main political parties, especially in today’s age with modern technologies and methods. Abortions by definition are medical or surgical procedures that deliberately terminate a pregnancy before an embryo or fetus is born. On the more conservative end of the argument, the population tends to think that an abortion is the cruel termination, often referred to as a murder, of what they consider to be a “viable human life”. The liberal argument is labeled today “pro-choice” and puts global efforts into the achievement of reproductive rights for all women, and for the right of all women to be able to choose what they are allowed to do with their bodies.

The most common arguments with regards to the subject of abortion almost always have to do with issues regarding personal beliefs, religion, birth control, sex education, financial status, adoption/foster care, health of both the embryo and the mother/carrier, and circumstances of the pregnancy such as incest or sexual assault. Mike Adams, publisher of a far right online column for the website Townhall, addressed nearly all of these subjects in his argument. He says he wrote this column to “…equip young pro-life students with proper rebuttals to pro-abortion choice arguments.” Within his published column, Adams addresses a list of sixteen possible arguments pro-choicers could possibly provide, and fairly in-depth rebuttals for each.

The first argument provided says “It’s my body, it’s my choice.” This is a widely accepted belief especially throughout the United States when not said with respect to the termination of pregnancies. For example, when someone claims their body as their own, it is usually when they are losing weight, getting a tattoo, cutting their hair, etcetera. However, when abortion comes into the picture, apparently this statement, and the argument of “my body, my choice”, becomes moot. Adams argues that the embryo being formed has its own genetic code, and also states that 100% of today’s abortions are performed after the embryo has a detectable heartbeat. This is true, as typically doctors can’t administer medical abortions until at least eight weeks into the pregnancy, and surgical abortions usually occur around ten weeks. An embryo’s heartbeat is usually first heard at six weeks. However, how can we determine when a human life really begins? Is it when the embryo’s heart begins to beat? Is it at twenty weeks, when an embryo is fully viable on its own or begins to feel pain? Is it at 4 weeks, when the embryo’s brain begins to develop?

Adams’ second point states that unsafe abortions will increase if safer options are made illegal. He argues that abortions in medical facilities would be like enabling doctors and other trained professionals to perform murder in sterile environments. He also uses data that says when abortion rights were constitutionalized in the case of Roe v. Wade, the number of yearly abortions increased six times over. However, this number could most likely only have been compiled due to an increased number of women choosing the safer choice. There will always be a need in the world for the termination of pregnancies, for whatever reason the person in question may provide. It could be due to financial status, age, health, or circumstances of impregnation, but most people will do whatever they need to do to avoid the consequences of an unwanted pregnancy, and it’s most likely in everyone’s moral interest to provide a safe option for these people, rather than leaving them to figure it out on their own.

The last statement Adams makes that I will discuss is that t is wrong for a woman to bring an unwanted to baby into the world. Adams claims there is no such thing as an unwanted baby. I have multiple statistics from just the United States that can easily counter that claim. In the United States alone, 428,000 children can be found to be in foster care on any given day, and this number very rarely fluctuates in the negative direction. In fact, it has been growing consistently since the 1990s. In 2015 alone, over 670,000 children spent time within the foster care system. Most children within the system will remain in state care for at least two years, and this average number comes from the large percent of the population, over 20,000 kids, in foster care who turn eighteen and become independent adults. These kids often have no support system after leaving the system and are the most likely to experience unemployment, homelessness, and incarceration as adults. The issue is not made any better by the blatant racial discrimination by people and families all across the country. More than half of the children in foster care today are children of color. 14% of all foster kids live in group homes in order to receive therapy, protection, or rehabilitation. More than 62,000 children every year remain on the waitlist for adoption, and they wait an average of two years to actually be considered for adoption.

As any reader can see, the lives of those in disadvantaged situations lead a vicious cycle, and often times because of lack of choices, education, and protection for many people, the cycle never ends.

Annie,
I am also doing my research project about women’s reproductive rights but have taken on a wider lens. I am focusing my research on not just abortion but planned parenthood and all of the different services they provide. I like that you have the different arguments you are using clearly explained. Some of the numbers regarding the amount of children in the foster care system is really saddening, especially because it can take so long for them to even get adopted. I think you have used your sources extremely well and back up your claim with credible info. I cannot wait to read the finished piece and read more about your topic!