Abortion in the US

Home Abortion in the US 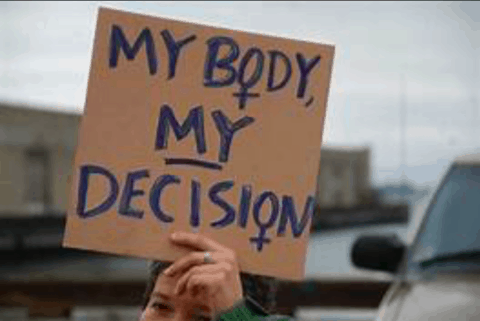 The topic of the abortion of an unborn baby has been a hot topic in the news and in politics. According to Merium Webster dictionary an abortion is defined as, “the deliberate termination of a human pregnancy, most often preformed during the first 28 weeks of pregnancy.” This is an issue that particularly ignites controversey betweeen liberal and conservative ideologies and their views of human rights.

There are two typical stances on the issue; Pro-life, is the belief that life starts at conception and an abortion is the “murder” of a fetus. You can read more about what Pro-lifers believe here. The more liberal viewpoint is called Pro-choice. This is the belief that a woman has the right to terminate a pregnancy because it affects her own body and she has the right to chose what happens to her. You can read more about Pro-choice beliefs here.

Personally I identify with the Pro-choice side of the issue. I do not believe that anyone has the right to tell other people what to do with their bodies. Similar people’s stances on sexuality and gender identification, i don’t think other people’s sexual health is anyone else’s business. Some people like to refer to abortion as “murder.” This, scientifically, is not the case. According to Live Science, A fetuse physically can not feel pain until the thrid trimester or 28 weeks into pregancy. This mean that abortion can not be murder since Planned Parenthood states all abortions take placein the first ten weeks of pregancy when the fetus has no nervous systen and is essentially just a lump of tissue. This is why I personally believe that life starts at birth, not conception.

Although these are my belifes on the issue, I respect other people’s values aswell. If you don’t agree with the issue of abortion that is completly valid; hoewever, it is never your place to put others down. You never know someone’s circumstances, being kind to everone even when we don’t agree with them is the only way to grow as a society.

Hi Maggie! I appreciated your opinion and stance on abortion. I am on the other side of this however. Princeton, an Ivy League School, with some of the most intelligent people have written an article on when a life starts. ( https://www.princeton.edu/~prolife/articles/embryoquotes2.html ) Of course this is opinionated yes, but very scientifically based. But like you said, as long as you respect others for giving their opinion, there is always room for canversation. Maybe its the Catholic in me, but I believe every life is valuable from begging where the sperm cell and egg meet, to natural death.