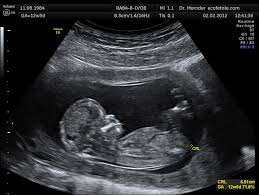 Abortion is the ending of pregnancy by removing a fetus or embryo before it can survive outside the uterus.

There are many mistruths about abortion: abortion is safe. Abortion is just a ‘simple procedure.’ You’re in and out like having your tonsils taken out. That it’s not painful. That there are really minor complications, if any. Another lie that women might believe is that there’s no psychological consequences, emotionally, physically, spiritually. God has just put a calling on my life that everything that Satan had used for evil God was going to take it and turn it into something amazing and beautiful like Jesus.

Around 56 million abortions occur each year in the world,with a little under half done unsafely. Abortion rates changed little between 2003 and 2008,before which they decreased for at least two decades as access to family planning and birth control increased. As of 2008, 40% of the world’s women had access to legal abortions without limits as to reason. Countries that permit abortions have different limits on how late in pregnancy abortion is allowed.

Induced abortion has long been the source of considerable debate. Ethical, moral, philosophical, biological, religious and legal issues surrounding abortion are related to value systems. Opinions of abortion may be about fetal rights, governmental authority, and women’s rights.

Current laws pertaining to abortion are diverse. Religious, moral, and cultural sensibilities continue to influence abortion laws throughout the world. The right to life, the right to liberty, the right to security of person, and the right to reproductive health are major issues of human rights that are sometimes used as justification for the existence or absence of laws controlling abortion.

Dear Emma,
I am interested in your post because abortion is somewhat ignored, in my opinion. My perspective on abortion is it should be illegal. Abortion is basically killing an innocent little baby, it is very wrong. One thing you said that stands out for me is “Around 56 million abortions occur each year in the world, with a little under half done unsafely.” I think this is sad because the mother could die during this process. It is no good for anybody to get an abortion, some doctors do not know how to do procedures right. Thanks for your project. I look forward to seeing what you write next because you talk about interesting topics. Topics that are not talked about much but are important to look into.

The reason the abortion should be illegal is not because of religious beliefs, but because it is murder. If a pregnant woman is killed, it is a double homicide because the baby would die as well. But once a woman thinks of her own comfort over the life of her child, we are just okay with her killing it. I am all for women’s rights, that is why i don’ t want to kill little women before they are given a chance for life.

Blake,
I am pro-choice but am perfectly fine with people stating their opinions on abortions especially since it is such a hot topic in society today. However, one comment you said I MUST comment on. “But once a woman thinks of her own comfort over the life of her child, we are just okay with her killing it.” I find this extremely disturbing. How could you possibly choose one life over another. There are a lot of pregnancies terminated because it is a threat to the mother’s life(health reasons) or the woman was raped, etc. No one is “okay” with an abortion. If for one second you think a woman goes into an abortion clinic smiling and leaving smiling you are most definitely mistaken. Pregnancies are ended for many reasons that you obviously don’t understand and need to be educated on.