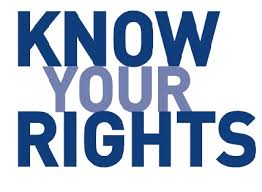 Have you looked recently at the amount of kids stuck in the adoption system? 400,000. 400,000 kids right now who don’t have the security of a family. If you do what you are right now preaching, which is completely outlawing abortion, removing plan B (and other forms of emergency contraception) and removing the availability of copper IUDs, that amount will at minimum double. What about the young adults who accidentally conceive, and are in no way financially, mentally, or physically stable enough to care for a child? That child will most likely suffer (going by statistics).

Abortion is a women’s right, and is a mutual decision between the man and the woman involved. Same with birth control. If you allow a man to go to the store and buy condoms, then why is a girl going to buy plan b such a bad thing? They both hypothetically accomplish the same thing.

Also, saying that women who do get abortions, some even for health issues, will “have to face some form of punishment.” So you’re willing to punish a woman for doing something that might possibly save her life, but you won’t punish a rapist because the rapist has such “great potential”? What about the mother who now can’t reach her full potential behave of your views.