A world without plastic, would it be fantastic?

Home A world without plastic, would it be fantastic? 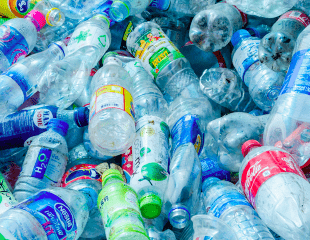 Things change every day, but one thing that seems to remain constant is plastic.  It’s found in a lot of different places for a variety of purposes, take for example the aglet on your shoelace, or the microwave in your kitchen, chances are even the mechanical pencils you keep in your back pack are made of plastic, and that’s not all that’s made out of plastic, it’s practically everywhere in some way or another.

As most people know, plastic is damaging our environment, one of the main culprits being plastic straws.  In the United States, 500 million single use plastic straws are being used once then thrown away per day.  Straws aren’t even a necessity, they’re a luxury that was created so we wouldn’t have to pick up a glass to drink from it, we would just have to lean over and suck in through a straw.  If we look at the ocean we can see some of the damage that plastic really does.  Right now there are about 165 million tons of plastic in the ocean, to put that in perspective, it’s about 25 times the weight of the Great Pyramid of Giza, and by 2050 it’s estimated that there’s going to be more plastic in the ocean than fish.

This is only a fraction of the effects that plastic has on us, some of these effects, like the plastic in the ocean is negative.  Some of it however can be positive, like medical equipment with plastic parts, some winter jackets have plastic in them to help provide insulation and style, and computers have plenty of parts that are made out of plastic.  However, plastic didn’t always play as big a part in our day to day lives as it does right now.  The “Plastic Revolution” began around the seventies, that’s when it took off, but like most things it didn’t take off immediately.  There was a gradual increase in plastic use, and that was only about 40 years ago, but in those forty years plastic pretty much found it’s way into every corner of our lives.  This leads me to my question, if in 2017 plastic had never been made popular, how would the world be different?