A way to live in “The Glass Menagerie “

Home A way to live in “The Glass Menagerie “ 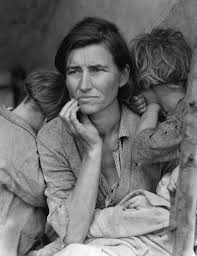 Amanda is a dynamic character. Her archetype changes over the course of the play. At the beginning of the play, she is the archetypal amazon or the woman warrior that always is trying to take care of her kids and try to “keep the family together”. This can be seen on scene 6, where the author writes: “ AMANDA [to her son]: Honey, don’t push with your fingers. If you have to push with something, the thing to push with is a crust of bread. And chew !chew! Animals have sections in their stomachs which enable them to digest food without mastication, but human beings are supposed to chew their food before they swallow it down. Eat food leisurely, son, and really enjoy it. A well-cooked meal has lots of delicate flavors that have to be held in the mouth for appreciation. So chew your food and give your salivary glands a chance to function!”

In the part of scene one Amanda looks like a caring mother that honestly is trying to keep her family over control but in scene 2 she began to transform into a bother because she wants her daughter to be ready for when the mens arrive and she doesn’t want her to go to school to study any career she wants to do she just want to create a money empire with her daughter and whit the person that her daughter is going to choose. “ AMANDA: No, dear, you go in front and study your typewriter chart.  Or practice your shorthand a little.  Stay fresh and pretty!  It’s almost time for our gentlemen callers to start arriving.  [She flounces girlishly toward the kitchenette.]  How many do you suppose we’re going to entertain this afternoon?” . This shows that Amanda is no longer the person that she used to show at the beginning because in this part of the scene we could notice that she wants to use her children specially the girl to bless the family with the man that Amanda couldn’t get when she was a younger woman. It seems that the relationship that she wants to have with her daughter is not a mother daughter relationship instead it is a relationship of interest in which she will win depending on how her daughter behaves or who she will be with.

A reader will recognize that the turning point of Amanda comes when she remembers that she couldn’t have a better life for her or for her children because she did not choose good when it was her time to have a gentleman caller, she fell in love with the wrong man and at the wrong time because she was super young.