A Way to Combat Depression

Home A Way to Combat Depression 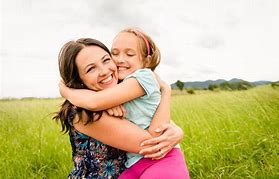 On November 21st of every year its National Hugging Day. In Los Angeles last year there was an entire event to set a record for the largest group hug. Hugs do a lot of good things for us. One, hugging causes the brain to release oxytocin which can help improve the bond between multiple people. It has also been proven to reduce depression and anxiety. As well as oxytocin, dopamine is released to the brain when hugging. Dopamine helps with raising levels of happiness which could help with depression because people who have this condition typically have lower levels of dopamine.

Hugs are something that should be incorporated more into our lives. They reduce stress in the one receiving the hug and the one giving the hug. Having an affectionate relationship including lots of hugs is good for your health. Studies found that women are affected greater than men by the oxytocin chemical. Hugs also keep people from closing themselves off from other people. According to Virginia Satir, “We need four hugs a day for survival. We need 8 hugs a day for maintenance. We need 12 hugs a day for growth” (Cirino, 4). Unfortunately, most people live in solitude or are too busy to think of giving a hug to another person. Another reason that people need more hugs.

I like the idea behind this because I think hugging can help a lot, however in severe cases hugging and physical contact may insight panic, anxiety and trauma in certain people. I also think that in recent years physical contact has been normalized to only be acceptable within romantic relationships which isn’t the case, I think by normalizing hugs there could be a huge positive impact not only on the support we show one another but they way we express relationships. One more thought I had about this, I think this is something that service animals can help with, the compassion animals show us can be extremely helpful especially for people who may get anxiety around other people. I think this was a really interesting post and I want to research more about this.

You’re article is very interesting because depression is something that is very common now and there should be a solution to it. The solution can be as easy as just showing a little more love to other people. Depression should be treated and hugs can make a difference.

If you’ve taken self-help steps and made positive lifestyle changes, but still find that your depression is worsening, seek professional help. Needing extra help doesn’t mean you’re weak. Sometimes negative thoughts in depression can make you feel like a lost cause, but depression can be cured and you’ll feel better!
But don’t forget these self-help tips. Even if you are receiving professional help, these tips can be part of your treatment plan to speed up your recovery and prevent depression from recurring.