A Wave of Terror

Home A Wave of Terror 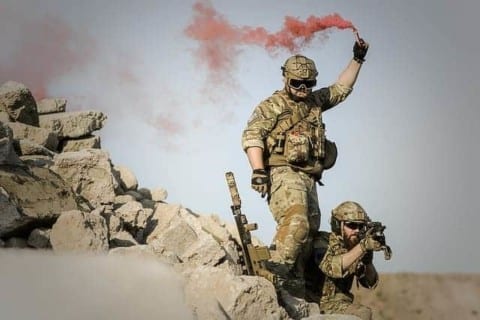 The biggest thing that I read about stopping Terrorism, is the United States needs to stop supporting countries that are Islamic extremist. Some people though, say that the only way to stop terrorism was to cause more violence and go to war with the terrorist groups. Others though agree that supporting Islamic extremist, countries are fueling their rage across the world. For example the United States supports Saudi Arabia, who is like a sanctuary for Islamic extremist.  This question is concerning to me because it is constantly on my mind. With a sister who is becoming a pilot for the Navy, and I am also trying to join the military by applying to the Naval, and Air Force Academy. Another reason why I think about it so much is because you never know if, or when it could happen to you. A school is a very vulnerable location and it honestly gets me scared when I think of an attack on my own school. To me the terrorist attacks that have occurred across the world have not given any stronghold for the groups. Instead they have caused countries to bring a stronger force on immigrants and terrorist groups. Not only that but they have caused a global discrimination toward people of the Islamic faith, who do not partake or believe in the violence that have occurred.

I would never support ISIS or any other terrorist group because all of them intend to rule the ?.Don’t let them do this stuf,it will only make it worse.

Sam, you champion, this is a wonderful article. Your sister is amazing for being a Navy pilot and serving her country. I agree with you that the US needs to open their eyes and see full-circle. Islamic people are being viewed in a nasty light, and they don’t deserve it.

Sam, I think this is the best article I have seen. This is beautifully composed and shows an in depth understanding of the issue. <3