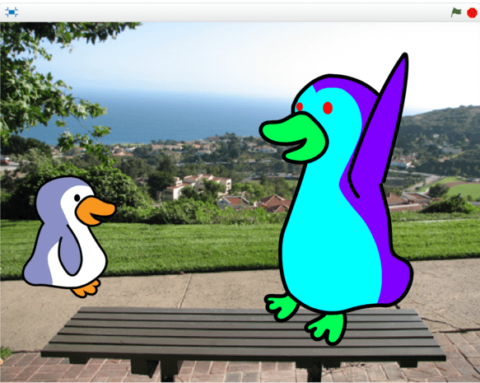 Twins, Harper and Gretel Wellington, are two sides to a coin. With Harper being born with supernatural powers, excelling intellectually and physically, Gretel is constantly being compared to her. This sparks feelings of growing hatred and jealousy. Gretel always lacks in compare to Harper, with only having high intellectual capabilities. The two, being twins, care for one another very much, and bonds deeper than one of mother and daughter. But jealousy blinds Gretel and slowly she forms a plan to put Harper six feet under.

The animation starts off with Mrs.Wellington (Harper and Gretel’s mother), starts berating Gretel over her bad, but not failing, grades, and ends up arguing. Harper comforts and calms down Gretel after their mother leaves. The scene switches to Harper and Gretel coming home from school. However, on the way back, Gretel gets kidnapped by some type of creature. Harper flies and tries to find her sister after the kidnapping.After searching for a while, Harper finds solace in going to her sister’s favorite place to think, only to find that her sister hasn’t been kidnapped and Gretel reveals her malicious plan. Harper defeats Gretel, triumphing reluctantly over her.

The scratch animation itself took about 3-4 weeks in total, with the first step of completing it being creating the concept. My creative juices weren’t really flowing and I was stuck for a while for creating the concept of the story. However, thanks to reading cliche plots, I was able to whip up something. The nest part was creating the script. The script is quite important as it helps you plan out what ‘carries’ or tells the story. The script was divided into 3 acts, with beginning, middle, and end. After the script was done, I used it to make the storyboards that provide the scenes for the animation. Finally, I had to create the animation. I must say, this project grew my already-existing dislike for Scratch. I came across a few problems, with one being using the wrong characters in the first Act, requiring me to restart and exchange dialogues. Editing saved me and helped me along. Procrastination didn’t do much for me though.