A Time When Being Anything But White Wasn’t Right

Home A Time When Being Anything But White Wasn’t Right 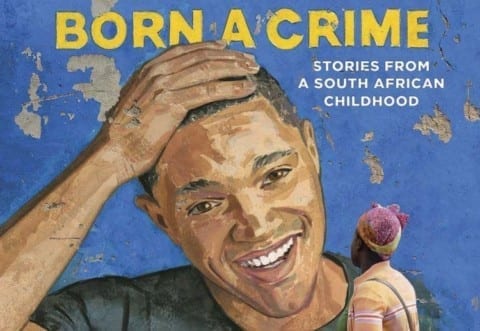 The theme in the first two parts of “Born a Crime “ might remind a reader of the beauty standards that many communities possess. That is how having lighter skin or lighter eyes makes you beautiful while having dark eyes and darker skin makes you less attractive or tainted. They make you feel ashamed for not having white features and celebrate you when you do. (See all my comments for part one and part two.)

Paragraph 11 in the first part of “Born a Crime “ by Trevor Noah might leave a reader feeling upset because it explains that in the time of apartheid in South Africa you weren’t offered any opportunities unless you were white or at least close to being white. This was followed by the ideology that being anything but white wasn’t right and viewed as an impurity. An example of this is in paragraph 11 “Keep on marrying lighter and whiter and don’t touch the chocolate and maybe, maybe, someday, if you’re lucky, you can become white.” This is upsetting because they make it seem as though it’s wrong to be anything but white, that being anything else would mean their bloodline is tainted and they should work towards erasing who they are.

After this part of the book, most readers probably will be looking forward to reading the rest of this book because they will be hoping for a change further along in the story, for the people who make these sort of racist/discriminatory comments to be called out and put in their place. What’s probably going to happen next is acts like these will continue until activism takes place in order to defend the people they try so hard to keep from progressing.

Brendaly,
I listened to a bit of the audio book for this that Trevor Noah read himself. A lot of what he says makes people think a lot, just like you were saying. He goes into detail about the naming behind the book because he was “born a crime.” In that time in Apartheid, it was illegal for there to be interracial relationships. It’s hard for me to understand people who believe others are less than them strictly because their skin is darker than theirs. It was very upsetting for me to listen to the book and you exemplified that well in your writing. I agree with everything you said and believe more things like this need to be brought to the light.

Dear Brendaly,
your post “ A Time When Being Anything But White,” because you talk about the race issues people are dealing with and the “beauty standard”
One sentence you wrote that stands out for me is: “Keep on marrying lighter and whiter and don’t touch the chocolate and maybe, maybe, someday, if you’re lucky, you can become white.” because it tells you how people think marrying someone lighter and having kids will make you and you family be white.
I agree with you that it is sad how people are willing to date someone lighter than them because of their skin color and not their feelings.

Thanks for your writing. I look forward to seeing what you write next because I liked how you talk about the beauty standard and how that involves race and how you picked a really good poem

Dear brendaly,
Your post really caught my attention because of the way you mention the way colored people were and or maybe still are treated different, you show how readers might feel

You also state “most readers probably would be looking forward to reading the rest of this book because they would be hoping for a change further along in the story “, that quote stood out to me because it might get someone wondering what would happen next.