A Sports Dilemma: Controversial Team-names and the Indigenous Community

Home A Sports Dilemma: Controversial Team-names and the Indigenous Community 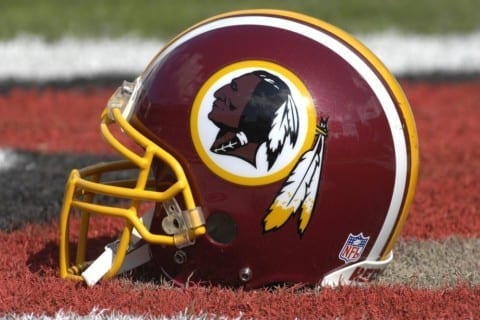 I have chosen my research topic on the controversy about the use of the terms “Indians” and “Redskins” as mascots and team names in sports. Major teams in sports have been using racial slur names as the team name which is not appropriate for audiences especially since this controversy affects Native Americans and Indigenous people. Native Americans and other organizations for a team name change have spoken out about this problem that’s been going on for a long time and that there needs to be changes. I chose this topic because I know that American Football and other sports leagues have a big impact on social media and that those impacts can affect the audience watching the games. There had been other scenarios about use of terms within other teams and it is one of the problems we still have today.

There have been many things that have attempted to address the issues such as, banning team mascots and names in high schools, organizations and court action, and lastly the removal of big team names. I think that these rules and laws need to be put into effect for the big sports teams. In California Governor Bans Redskins Name at Public Schools, Governor Jerry Brown signed legislation on the ban of public high schools making the state the first to bar public schools from using the Redskins name for sports teams. He also signed a measure that bans players and coaches from using smokeless tobacco at professional baseball parks. The mascot legislation signed will prevent public schools from using a term that American Indians regard as offensive, which went into effect in 2017. In Trademark Rules Against Redskins Name, the Washington Football team (used to be formally known as Washington Redskins) had the trademark board ruled that the Washington Redskins nickname is “disparaging of Native Americans” and that the team’s trademark protections should be canceled. This makes it so that their decision applies pressure into the team name change. This step taking into account the name change is putting the effect on the Washington Football team and organizations that are complaining about this issue about the NFL team.

Recently, in an article Washington Football Team to Drop Name explained that the NFL team will finally remove the name “Redskins” from their team and logo. There has been a movement to address George Preston Marshall, the founder of its N.F.L. team, by removing the monument and his name from team facilities. The team has a long history with attention because of its racial past. The decision came after the franchise said it would review the 87-year-old team name under pressure from major corporate partners including FedEx, which had threatened to end its naming rights sponsorship of the team’s stadium. Daniel Snyder (current owner) said the new name, when chosen, would “take into account not only the proud tradition and history of the franchise but also input from our alumni, the organization, sponsors, the National Football League and the local community it is proud to represent on and off the field”. Now that the team has let go of its current name, it will have to find a replacement, a process that requires navigating trademarks and the league’s licensing deals with partners, which can often take years. After conducting this research I would like to spread more awareness on this topic because more than 2,200 high schools still use Native American imagery in their names/ mascots, according to a database of mascot names. This makes it offensive taking into account on the Native Americans and indigenous people. Once the Washington Football team has chosen a new name, it will have influence on other schools and teams in the N.F.L to do the same.

I really enjoyed this article, it was super well written and informative! As this issue continues to grow and grab the attention of schools and sports teams across the country, I am glad people are starting to understand the severity and harm this brings to the Native American community. Unfortunately, verbal slander to indigenous people is not the only form of discrimination they receive. It would have been interesting to include how these sport teams and schools names make us desensitized to the the widespread acceptance of a offensive categorization, such as the “Redskins”. As well as the direct effects it has on these communities because of the NFL’s actions of justifying/defending the team name for so long. Great post!

This was an interesting article to read because I’ve been fascinated by the recent sports- name changing controversy across all leagues in the U.S. The surge to change the Washington Redskins name was going around for over 20 years before the official change of the name that emerged from the madness of 2020. It interests me what native American names are deemed appropriate and what are offensive. For example, the Cleveland Indians have indicated plans to change their name as well in the midst of the Washington debate. However, thousands of other sports teams have Native American related names such as the Atlanta Braves or the Chicago Blackhawks. It is just interesting to where is the line between appreciating native American culture and racist depictions.

Hi Matthew, this article really intrigued me. Especially of recently with the NFL making the Washington Redskins change their name but also because recently within the last couple years my high school had to change somethings with our logo because it had to do with Native Americans. I didn’t understand why it would be such a big and why it is but now I do kind of realize like these things are important to these people and they don’t want anything changing the it or the meaning of it.

This was very interesting to read about because my school had to change our mascot for the same reason. I always supported the idea of changing it but I never really understood the more specific reasons behind why having a Native American inspired mascot can be harmful. This helped me understand it more and I think that more people should be aware of this.